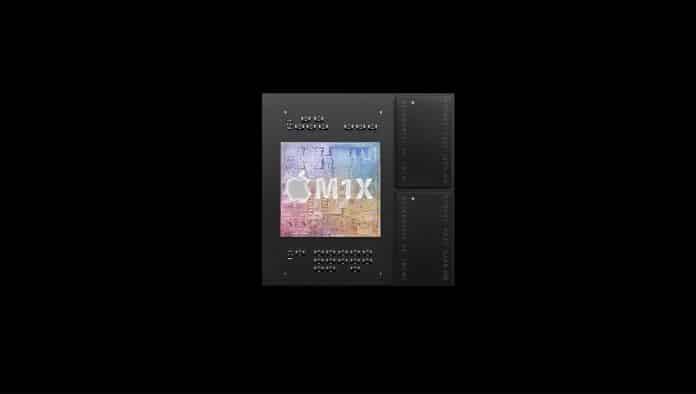 Apple’s M1 chip is outstanding and has a perfect balance of performance and power optimization. However, despite being an integrated solution, its 8-core GPU churned out frames equivalent to a desktop GTX 1050 Ti with a 75W TDP while consuming a fraction of the power. However, according to a YouTuber, the M1X may be in a league of its own.

The YouTuber by the name of Dave2D appears to be excited for the redesigned 14-inch and 16-inch MacBook Pro models because they are rumored to have the M1X silicon. According to sources, Apple is working on two custom chips codenamed Jade C-Chop and Jade C-Die. And both of them are expected to feature a total of 10 processing cores, the number of GPU cores will be significantly different depending on which model you purchase.

According to the YouTuber, the 32-core GPU option will be available in the 16-inch MacBook Pro since it could accommodate this power requirement thanks to having a bigger footprint. The M1X with a 32-core GPU will also be featuring a larger die size.

Sources also claim that the 32-core option with a 40-watt limit could deliver the same number of frames as an RTX 3070 for laptops operating at 93 watts, and this news has us at the edge of our seats. The M1X GPU consumes less than half the power of laptop RTX 3070, however, it delivers near-equal performance, which is insane.

The M1X 16 GPU with 16 cores uses an estimated 20-watt power consumption, but it can deliver much better performance than the Radeon Pro 5500M and GTX 1650. All the results show a gigantic leap in the GPU performance of Apple’s silicons and it suggests that the Cupertino giant is moving up the ladder compared to its competitors.