Top 10 most popular Retro Games around the World in 2021 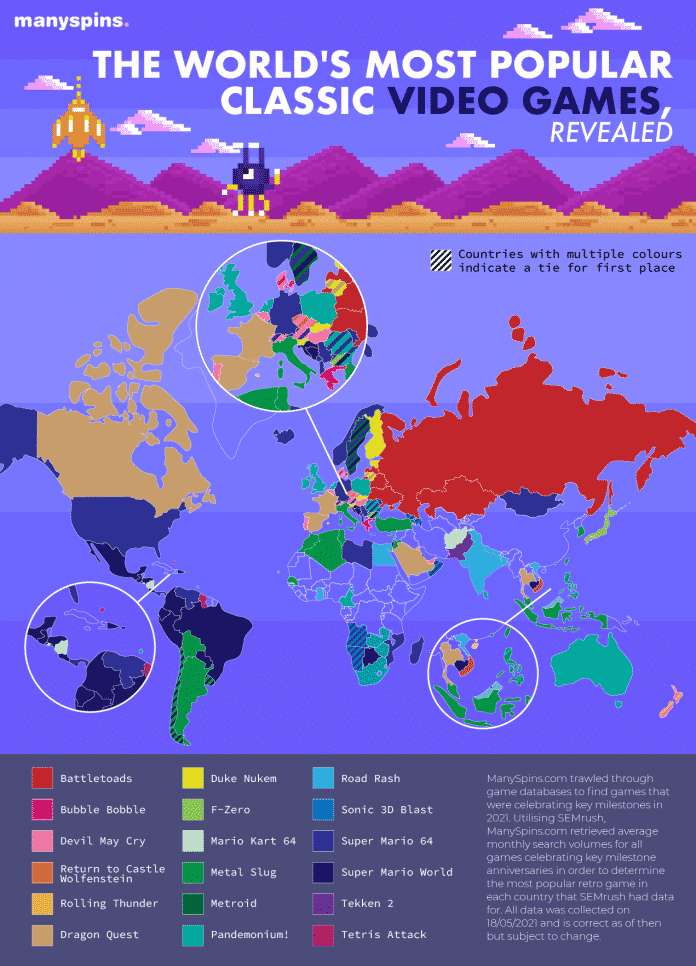 Determined to explore the world’s relationship with video games, ManySpins.com researched all classic video games that were celebrating a key milestone in 2021 – with a key milestone being determined as either a 20 year, 25 year, 30 year, or 35 year anniversary since the game’s initial release.

Utilising SEMrush, ManySpins.com then analysed the average monthly search volumes in every country for each of the games celebrating a key milestone.

With over 100 games analysed, only 18 games were revealed as most popular in the 118 countries analysed!

ManySpins.com can reveal the most popular retro game is Super Mario 64! It is the most popular game in 34 different countries. The country with the highest number of monthly average search volumes is the United States with 74,000.

Pandemonium! lands in third place, taking the top spot in 15 countries. The most popular country of those is the United Kingdom, with 18,100 average monthly searches.

In fourth is Sonic 3D Blast (10 countries), fifth is Devil May Cry (nine countries), sixth Dragon Quest (seven countries) and in seventh place is Road Rash, being the most popular game in six countries.

Joint ninth place goes to Mario Kart and Tetris Attack, both celebrating 25 year anniversaries. They are the most popular game in three different countries. Mario Kart is most popular in Afghanistan (1,300).