FIFA 21 – TOTS: How to do the Serie A TOTS Guaranteed pack and what do you get from it? 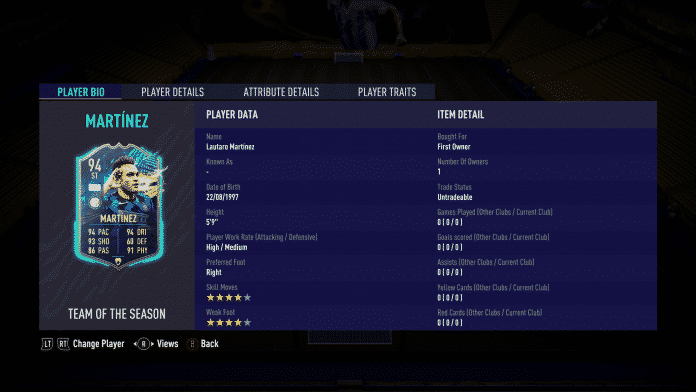 Team Of The Season (TOTS) is one of the most anticipated promos of FIFA 21. It has been going on since 23rd April. After the release of Premier League, La Liga and Bundesliga, it’s now time for Serie A Team Of The Season.

FIFA 21 Serie A Team Of The Season

EA Sports has now introduced the Serie A TOTS Guaranteed pack. It requires:

In the Serie A Team Of The Season, they probably have the most insane striker of the game, 98-rated Cristiano Ronaldo. So if you can get your hands on the Portuguese, you can be extremely happy with the pack pull. Apart from that, there are also other top-end cards like Lukaku, Martinez, Mertens and Insigne, among others.

I packed Inter striker Lautaro Martinez from the Serie A TOTS Guaranteed pack and am quite satisfied with the pack pull. The Martinez card is decent, and you can definitely use him in the Weekend League. The card has a 4* skill move and weak foot with a high attacking work rate and medium defensive work rate.

Martinez fits into my team perfectly, and I hope to enjoy this Weekend League with him.

So you should definitely do this Serie A TOTS Guaranteed pack as you can get a lot of good players from it, and if not, then you can put it back in some other upcoming SBCs as well.