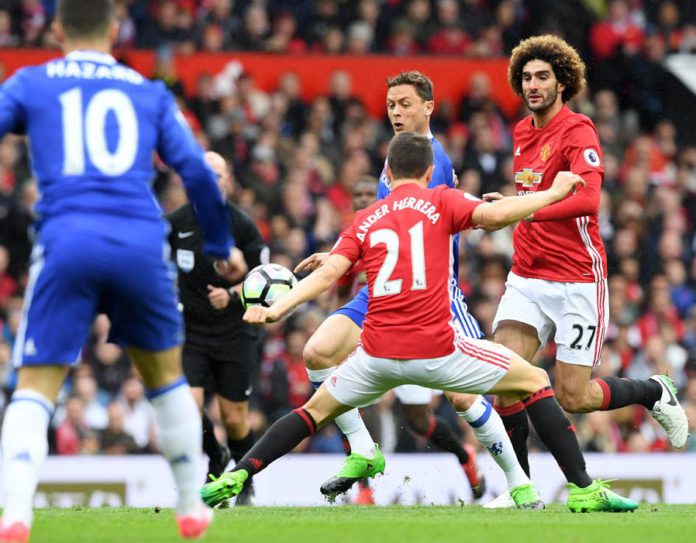 There have been many instances where some deliberate handballs have been looked over, but some unintentional handballs have been given in other matches. The handball rule has been at the mercy of referees, and there haven’t been any concrete rules, which stir up controversy every now and then.

One of the most recent examples was in the match between Real Madrid and Sevilla. If Madrid won the match, they would have gone to the top of La Liga and would be in the driving seat. But the referee gave a handball for Eder Militao, who touched the ball while jumping for the header with his head in the opposite direction of the ball. He didn’t saw the ball, and it hit his hand, and Madrid got a counterattack, and Benzema was stopped by Sevilla goalkeeper Bono illegally and was deemed a clear penalty.

However, the referee adjudged it was Militao’s handball and gave a penalty to Sevilla as Real Madrid felt robbed of the opportunity and it was mainly because earlier the ball hit Diego Carlos’s hand in the Sevilla penalty box. Still, the referee overlooked it and didn’t even mind checking it out.

These inconsistencies in the handball rule are creating controversies that are ruining football.

Ex-referee Rafa Guerrero said: “The handball issue could ruin football and I don’t think that this is an exaggeration, because the sport doesn’t understand the rules,”

“There have been problems and there will be more in the future. We need to explain it well, otherwise, the frustration will only continue.”

However, Guerrero believed that the decision made by referee Juan Martinez Munuera against Militao was a correct one.

He continued: “He [the referee] did well. The problem is that there have been other occasions where [a referee] didn’t blow his whistle and that can confuse people,”

“We have a problem because it hasn’t been explained well and we must simplify the issue.

“There are plenty of things one needs to consider when blowing for a handball: is the arm raised above the armpit? What is the reaction time etc.”

“It must be simplified to a maximum of two elements. It’s difficult for the referee to see a handball even on television, although with VAR there are fewer mistakes now. On Sunday it helped and it was fair.”

Juan Andujar Oliver, MARCA‘s resident referee expert and a former international referee, believed that there shouldn’t have been a penalty awarded to Sevilla against Eder Militao. He believes that all depends on whether it was deliberate or not.

He said: “That and the referee’s perception. He only blows for a foul if the play is interrupted,”

“What’s happening is that we’ve been whistling for penalties for handball for two years now and this only happens in Spain. The problem with referees is that they whistle what their bosses tell them to because if they don’t, they’re out on their asses.”

“They don’t look at whether or not it’s voluntary, only at what the rules say. Everything starts with the voluntary nature and then you have to assess the assumptions.”

Joaquin Ramos Marcos, also a former referee, believes that football has changed remarkably since his era.

He commented: “This problem didn’t exist in my time. There was only one handball: the one that was a penalty. Now you don’t know,”

“Any handball in the penalty area is a penalty, it doesn’t matter if it touches his arm or whatever. Even the neighbours ask me what is a handball and what isn’t – nobody knows.”

“Militao’s handball was [a handball], but the referee has to be able to interpret it. They want every handball to be the same and that’s impossible, although the criteria should be unified and the referee should decide.”