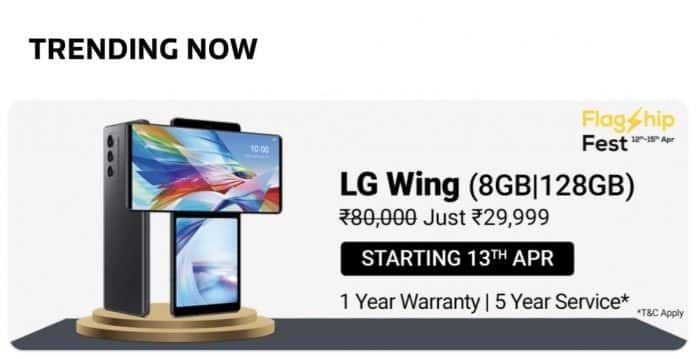 Flipkart is offering Flagship Fest from 12th to 15th April where it is offering flagship smartphones at some of their lowest price and lowest No Cost EMI. The no-cost EMI starts from Rs.2,500. In this fest, we got a hidden gem available at the lowest price possible.

The smartphone is LG Wing (128GB) and it is now available in this FlagSgip Fest at Rs.29,999. The original price of the LG Wing was Rs.80,000. Apart from this customers can avail of an EMI scheme of Rs.5,000 per month. For more details follow this link.