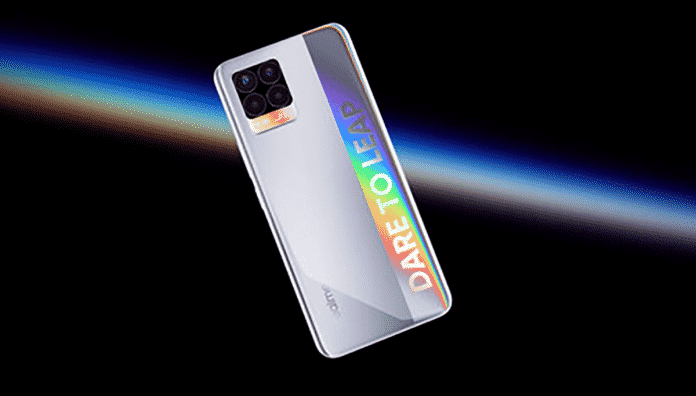 Realme has launched its Realme 8 4G series a month ago in India in which we’ve got two smartphones: Realme 8 and Realme 8 Pro. But both of them are 4G and later, Madhav Sheth has confirmed that Realme is looking to launch a 5G variant of the Realme 8 smartphone. Today, Realme’s Thailand wing has officially confirmed that Realme is about to launch its Realme 8 5G series in Thailand on 21st April (6 PM, local time). So, there will be two smartphones in that series: Realme 8 5G and Realme 8 Pro 5G.

As of now, a teaser has been released in which we can witness the rear design of the upcoming Realme 8 5G. However, we can expect to see more teasers of both the upcoming 5G smartphones from Realme, revealing more of their designs and specifications well ahead of the launch event.

A new Realme smartphone has got certified by the National Broadcasting and Telecommunications Commission (NBTC) authority of Thailand with the model number RMX3241 and the same smartphone has also been approved by BIS and FCC in the recent past. This phone is likely to be the Realme 8 5G. However, we’ve got nothing from BIS certification regarding the specifications of the device.

On the other hand, we don’t have many reports regarding the Realme 8 Pro 5G, expected to be powered by the Qualcomm Snapdragon 750G chipset. Both the phones are expected to launch in India on 22nd April. In India, another smartphone could be launched in the Realme 8 series apart from the two 5G models, named Realme 8i.