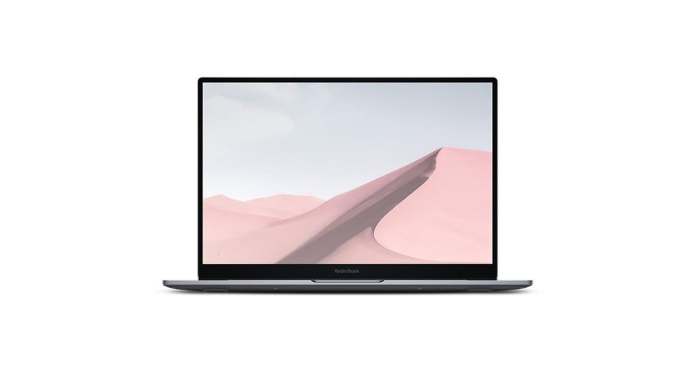 Redmi is gearing to shock its customers with some interesting announcements. According to sources, the manufacturer has planned a presentation on February 25th for its upcoming laptop RedmiBook Pro and its new edition in the K series smartphones, Redmi k40.

We already know that the RedmiBook Pro will have a backlit keyboard and will feature an aluminum body with a hinge. It will also have USB Type-C and HDMI connectors.

But in the recent post by the company, we can see the entire device in its full glory. The images reveal a backlit keyboard, large trackpad, and thin-bezel display.

As reported earlier the company will launch two variants for its RedmiBook Pro. The 15 and 14 inches models and will be powered by Intel’s 11th generation processors. The machine will also feature Nvidia GeForce MX450 graphics.

The latest images shown by the manufacturer features a dedicated Thunderbolt 4 port which is located a the left-hand side of the model. Redmi dictates that the laptop can be easily connected to two external 4K displays or even one external 8K display.

According to sources, the availability of the Thunderbolt 4 port will only be limited to the laptops Tiger Lake variants and not other models. as such we can atleast expect other variants to carry USB Type-C.

Redmi 9T handled in an unboxing video: Which smartphone does it resemble the most?