Top 7 most expensive all-rounders in the IPL 2021 Auction 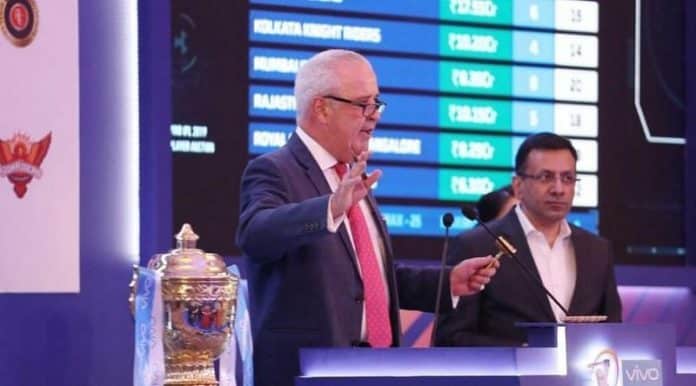 The player auction for the 14th edition of the Indian Premier League (IPL) took place on Thursday in Chennai, with 292 players going under the hammer.

In terms of numbers, the 2021 IPL auction had some interesting facets. According to an official statement by the IPL, 1114 players had registered with them for the 2021 auction but the final list saw only 292 cricketers.

Officially, each of the eight teams was allowed to spend around $12 million in salaries for the 10-week tournament but because many have a high number of players that have been retained, the cash available for the auction differed. While the Punjab Kings had the most amount left in their purse (Rs 53.2 crore), Kolkata Knight Riders and Delhi Capitals had the least salary cap of Rs 10.75 crore.

Shakib, whose base price was Rs 2 crore, and who is back after serving a two-year ban, was bought by KKR for Rs 3.20 crore after Punjab Kings lost interest in the all-rounder. “I am very excited to be part of Kolkata again,” said Shakib in a video message shared by the team. Speaking in Bengali, Shakib said, “I will do my best to get the results of 2012 and 2014 when we were champions.”

Henriques was bought by Punjab Kings for Rs. 4.20 Crore this IPL auction. He caused a great bidding war between Royal Challengers Bangalore and Punjab Kings who both looked determined to sign the Australian all-rounder as he had a great BBL campaign. Previously, Henriques has been a part of various franchises including the Delhi Daredevils, SunRisers Hyderabad, Mumbai Indians, and Royal Challengers Bangalore.

Moeen Ali was signed by the Chennai Super Kings for Rs 7 crore in the IPL 2021 Auction. The allrounder was released by his previous IPL team RCB. In the second Test against India, Ali hit five sixes and three fours in his 18-ball cameo. It included three consecutive sixes off debutant Axar Patel. “Absolutely buzzing to play for CSK,” Ali said. “Massive fan base, can’t wait to meet for them. Can’t wait to play under MS Dhoni. My teammate Sam Curran is there too. This made my day, made my year.”

With a base price of Rs 1.5 crore, Punjab Kings bought the Australia fast-bowler Jhye Richardson, for a whopping Rs 14 crore. The 24-year-old pacer has played for Perth Scorchers but it will be his first outing in the IPL. Richardson will rub shoulders with the likes of Mohammed Shami and Chris Jordan in his new team. His arrival will strengthen the pace department of Punjab Kings and can help them in the death overs, an area where they leaked a lot of runs last season.

Maxwell’s reputation got him a pay raise as RCB won a protracted bidding war against Chennai Super Kings to sign the great batsman for Rs 14.25 crore. The signing amount was nearly Rs 4 crores more than what the Australian earned (Rs 10.75 cr) from Punjab Kings last season. Maxwell had a disappointing season in IPL 2020 where he managed merely 108 runs from 13 matches, but has an impressive overall record in the IPL of 1505 runs from 83 games at a strike rate of 154.67.

RCB pipped the Punjab Kings with a winning bid of Rs 15 crore, the second-highest signing amount of the day. Jamieson had a breakthrough series against India in early 2020 and continued to make progress. He was offered a T20I debut in the series against West Indies late last year. In 38 T20s, Jamieson has 54 wickets at an economy

Chris Morris became the most expensive signing in IPL history as the Rajasthan Royals dished out Rs 16.25 crores for the South African all-rounder. The signing amount crossed the INR 16 crore that Delhi Daredevils paid for Yuvraj Singh in 2015 – the previous record for a player signed at the auction. The 33-year-old has previously been a part of the Rajasthan Royals, in the 2015 season when he scored 311 runs and took 13 wickets from 11 games. Totally, he has played 70 IPL games and scored 551 runs at a strike-rate of 157.88 and taken 80 wickets at an economy of 7.81.