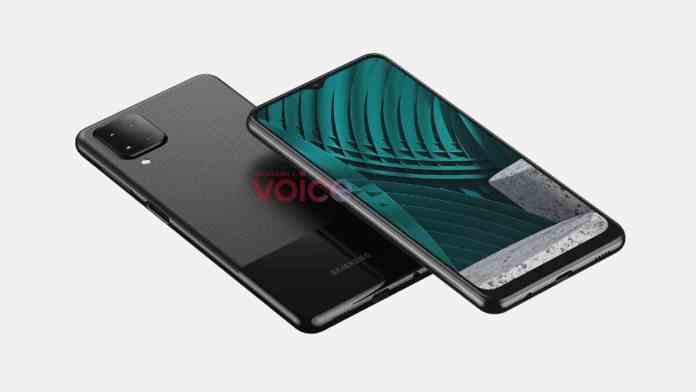 According to a previous report, the South Korean giant Samsung is planning to start mass production of the upcoming Galaxy M12 smartphone in India. The Samsung Galaxy M12 is going official in India in February.

The reliable tipster Ishan Agarwal reveals the expected specifications of this upcoming Galaxy M12. According to the source, the phone comes with a model number SM-M127, but another source reveals that there will be a rebadged version of this phone named Galaxy F12 could be launched soon. Both phones have been spotted on the Google Play Console listing (@TTecnical).

As I told you that the tipster Ishan Agarwal reveals some expected specifications of this upcoming smartphone, so let’s check out all these specs.

The Samsung Galaxy M12/F12 is expected to have a 6.5-inches TFT LCD display with HD+ resolutions. The display will also have an infinity V notch for the selfie camera. The phone will be powered by Exynos 850 SoC, and this phone will run on Android 11 OS.

The phone could have LPPDR4 RAM and eMMC 5.1 storage. The source also reveals that this phone may come with three storage configurations, includes: 3GB+32GB, 4GB+64GB, and 6GB+128GB.

Come to the optics section of this phone. It is expected that the Galaxy M12/F12 may have a quad rear camera, which includes a 48MP main sensor, along with a 5MP ultra-wide lens, and two 2 MP sensors for depth sensor and macro shooter respectively. On the front side, this phone could have an 8 MP selfie shooter.

Apart from these specifications, the phone is expected to have a 6,000 mAh battery backup but there is no information regarding the supportive charging speed. The Galaxy M12/F12 will have a side-mounted fingerprint sensor.

Unfortunately, we haven’t got any other information about this upcoming Galaxy phone. Hope the company will disclose all the specification of this upcoming handset soon.