Realme C20 launched with a 5,000mAh battery and Helio G35 SoC in Vietnam 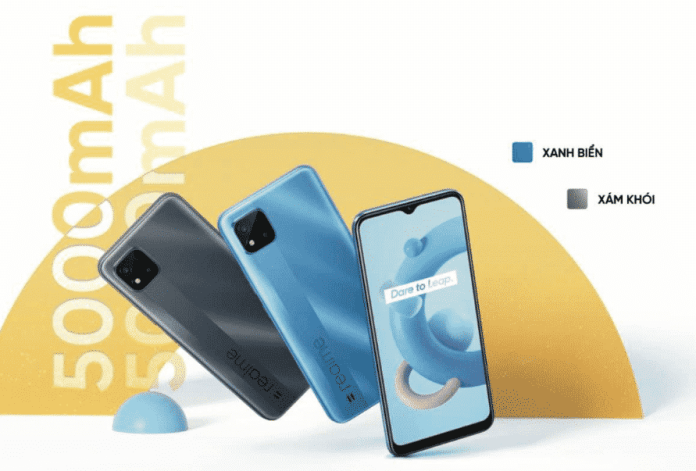 Realme has launched another of its C series smartphone in Vietnam, named Realme C20. The C series of Realme is mainly known for its lower budget with some decent quality specs. So, without wasting any time let’s go and check out the specifications and features of the Realme C20.

The Helio G35 SoC of this phone is paired with 2GB of LPDDR4X RAM and 32GB of eMMC storage (expandable up to 256GB via an external microSD card). Coming to the camera section, this phone offers a single rear camera of 8MP accompanied by an LED flash. For selfies, it has an 8MP selfie shooter at the front.

The Realme C20 is fueled up by a massive 5,000mAh battery supported by 10W of fast charging (reverse charging supported). As it is a budget smartphone, it doesn’t have the support for every sensor. This phone has only proximity, ambient light sensor, and accelerometer. In terms of connectivity, this phone comes with dual-SIM, 4G, dual-band WiFi, Bluetooth 5.1, GNSS (GPS, GLONASS, Galileo, BDS), MicroUSB port, and a 3.5mm headphone jack.

The Realme C20 is available in two different color options: Gray and Blue. Coming to the dimension, this phone measures 165.2 x 76.4 x 8.9mm and weighs around 190g.