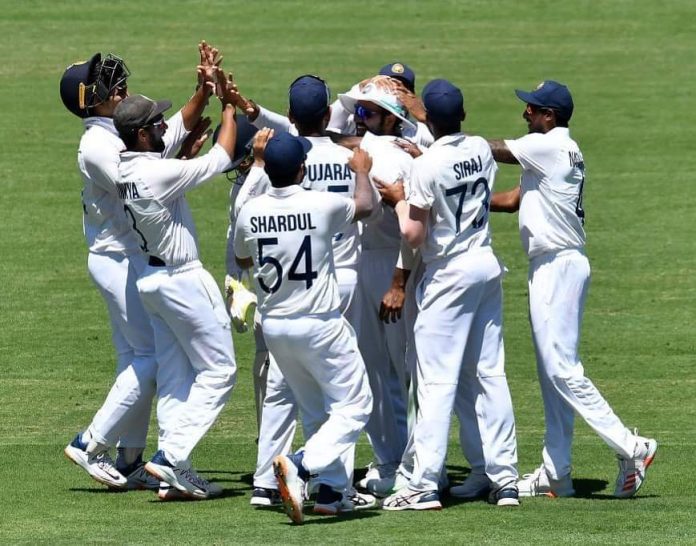 India made the impossible possible. India won the 4th Test at Gabba and won the series by 2-1.

After an excellent display from Indian bowlers to restrict Australia within 294 runs, it was the task of Indian Batsmen to do the job today. Australia set the target of 328 for India to chase down in the 4th innings.

After that Rishabh Pant [89 from 138 not out] and Washington Sundar [22 from 29] did their job and sealed the victory for India. Rishabh Pant played one of the best knocks of his career today.

India won the Test by 3 wickets with 18 balls left and wrap up the series on the final day of the 4th Test by 2-1. After the shameful loss in the first Test where they were all out on a total of just 36 runs, India has come back strongly.

Jasprit Bumrah, Md. Shami, Ravindra Jadeja, R. Ashwin, and many more are out because of injury. India was forced to play with an inexperienced squad in this Test. But they’ve overcome all the odds and won the series comfortably. This young experienced squad deserve the respect from fans and the media.

The real reasons behind the postponement of IPL 2021

“Ghost Lab”: Netflix has released the trailer of the upcoming Thai Horror film

India beat England by 7 wickets and level the t20 series