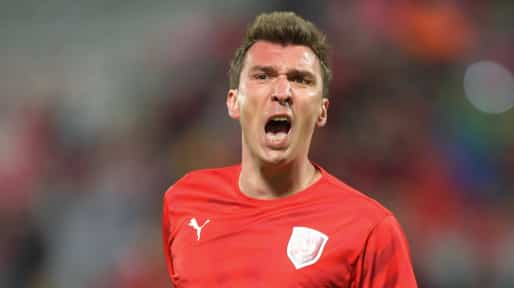 In what is set to be an exciting next few days for AC Milan fans, the Rossoneri are on the verge of finalising two huge signings that will significantly boost their chances of retaining their position at the top of the Serie A table till the end of the season.

Former Juventus striker Mario Mandzukic is set to make a return to Italy, only this time, joining title challengers AC Milan as they look to bolster their frontline. Mandzukic will add even more experience to a team that already includes the likes of Zlatan Ibrahimovic and Rafael Leao to lead the line.

Transfer insider Fabrizio Romano gave the rumour his famous “here we go” signal that indicates that the deal is as well as done. The Italian journalist further went on to say that medicals for the Croatian are scheduled tomorrow and that the contract will be officially signed after he passes the medicals.

Moreover, the long-standing transfer saga linking Chelsea centre-back Fikayo Tomori to AC Milan is almost on the verge of completion. The England international was confirmed to be going out on loan by Frank Lampard recently, and he is set to fly to Milan in the next few days to complete his medicals and sign the contract.

There were also rumours of Milan being obliged to buy the player for €30 million at the end of the loan spell. However, Romano made it clear that Milan had a clear choice as to whether they’d want to make the move permanent or not. Hence, there is no obligation to buy the player as such.

Milan are enjoying a brilliant revival after recent years of turmoil, as they currently sit at the top of the Serie A table. The club recently announced the signing of Soualiho Meite on loan from Torino, and have an abundance of exciting young talent amongst their ranks, alongside a fair amount of experience as well.