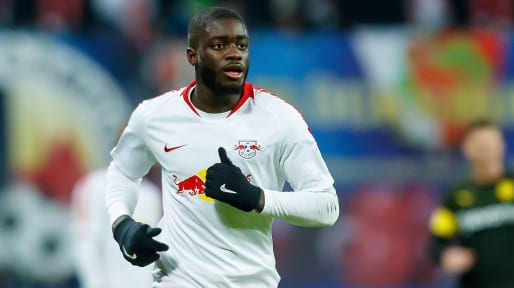 Dayot Upamecano is heralded as one of, if not the best young centre-backs in the world right now. The youngster has been on the transfer lists of many top European clubs, with almost every one of them being linked with the player’s services at some point.

The summer of 2021 will be a vital turning point in Upamecano’s career, with a release clause in his contract coming into effect. That, according to Fabrizio Romano and Francesco Porzio on the Here We Go podcast, will be worth around €42 million.

The situation will be similar to that of Timo Werner this past summer, as the German forward was picked up by Chelsea through the payment of his release clause. Much like his former teammate, teams will be able to negotiate with Upamecano directly as the €42 million tag for a player like him is a bargain in the modern transfer market.

With that said, the likes of Bayern Munich, Paris Saint-Germain, Chelsea, and Manchester United are in the race for his signature. The teams will have to reach an agreement with the player to lure him away, and with so many clubs interested, it is completely up to the Frenchman to choose his next project.

Leipzig are already planning for a future without him, and are looking for a replacement for the in-demand player. Upamecano was the best player in Julian Nagelsmann’s team as they progressed to the semi-finals of the Champions League last season, and he has shown promise time and time again, in this season as well.