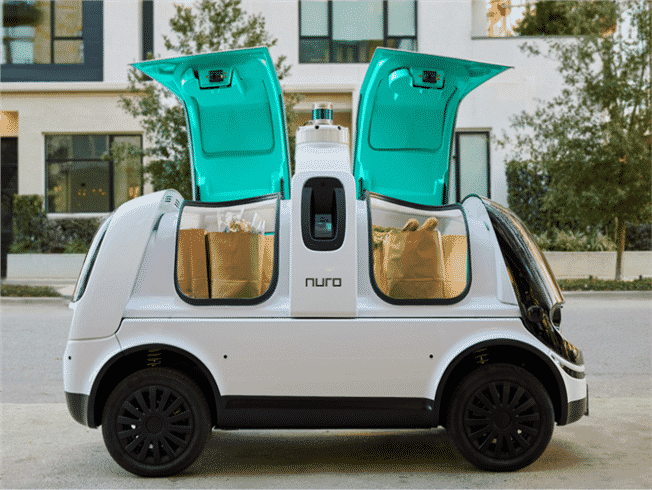 California-based Nuro, a robotaxi startup that is working to transform local commerce through self-driving delivery, has won the state’s first-ever approval to make deliveries in an autonomous vehicle.

This will enable Nuro to become the first commercial autonomous vehicle service (AV) in the state. The robotics company is delighted with the regulatory approval and believes it is a significant achievement for the AV industry.

According to AutoCarPro, Dave Ferguson, co-founder, and president of Nuro said: “The California DMV is a leader in safety standards, and we appreciate their collaboration and safety-first approach to AV regulation. Since founding Nuro over four years ago, we’ve been working towards the day we could launch a delivery service in our home state. Now that we have the permit, we are thrilled to be able to do so, providing our fellow Californians with a convenient and affordable way to access the food, beverages, prescription medicines, and other products they need.”

Nuro has been testing its vehicles in California since 2017; the company can now start routine deliveries of products such as food, beverages, and medicine.

“Issuing the first deployment permit is a significant milestone in the evolution of autonomous vehicles in California,” said Steve Gordon, director of the state’s Department of Motor Vehicles, according to Bloomberg. “We will continue to keep the safety of the motoring public in mind as this technology develops.”

Nuro, which works with a Toyota Prius and its own small vehicle known as the R2, after gaining approval, has taken the lead in the race to begin routine commercial operations using driverless vehicles. GM’s Cruise unit, Waymo LLC, and Amazon backed Zoox, who recently unveiled a new AV, have also gotten approval for tests in California and are all seeking to cash in on the new technology.

Considering the safety hazards caused by even a minor malfunction in a driverless car, Nuro had to meet several safety standards. Some of the tests included showing its vehicles capable of avoiding hazards and creating a plan for interacting with police and other emergency responders, the DMV informed.

Previous articleThe new iOS 14 privacy of Apple now rolling out in India
Next articleTop 10 greatest defenders of all time, according to fans in 2021