FC Schalke has sacked Manuel Baum; the second manager in this season to be sacked 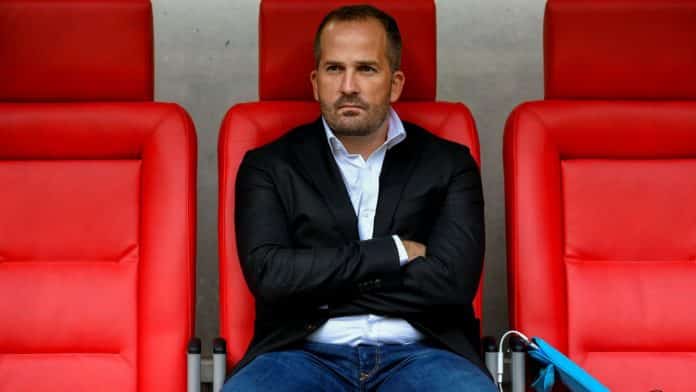 FC Schalke has sacked their manager for the second time this season. FC Schalke is yet to win a game in Bundesliga this season. They are now bottom of the table with just 4 points in the first 12 games in the league.

‘Head coach Manuel Baum will be released with immediate effect. For the last Bundesliga game of the year against Arminia Bielefeld (Saturday, 3:30 p.m.) and the second-round game in the DFB Cup against SSV Ulm 1846 (Tuesday, 6:30 p.m.), Huub Stevens will sit on the bench as head coach on an interim basis. Mike Büskens will be at his side as an assistant coach.’- the club announced on their website yesterday.

Manuel Baum was appointed as a manager on 30th September this year after Schalke’s poor start in the ongoing campaign. But the situation becomes worse for them. Schalke has conceded 35 goals this season and scored only 8 goals.

The sporting director of FC Schalke 04, Jochen Schneider said, “The home game against Arminia Bielefeld is hugely important for our club. The disappointing performance against SC Freiburg showed us that the side requires new impetus to be successful in this game. We trust Huub Stevens and Mike Büskens to do exactly that. We thank Manuel Baum for his tireless work and wish him both personally and professionally the best for the future.”