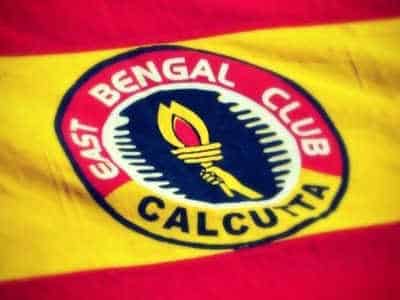 SC East Bengal is going to start its ISL journey on the 27th of November. They will face their old rivals and defending champion ATK Mohun Bagan FC. This is also the ‘Centenary’ year of SC East Bengal. It is going to be a perfect centenary celebration for the ‘Red & Golds’ by starting the journey in the top division league of India.

East Bengal tied up with ‘Shree Cement’ as their sponsor recently. After that, they submitted the documents and bid papers to FSDL to join ISL.

TopTech TMT, a leading company in India’s steel industry, has become the associate sponsor of SC East Bengal this season.

East Bengal is one of the oldest clubs in India with a rich history. The club was founded in 1920. ‘Lal-Holud Brigade’ has won the National League 3 times and Federation Cup 8 times. East Bengal FC won ASEAN Club Championship in 2003 which is one of the biggest achievements for any Indian Club on foreign soil. The legacy of this Kolkata Giant and its addition to the ISL will surely enrich the beauty of the league.

The addition of East Bengal makes Kolkata the first city to have two teams in ISL. East Bengal’s fierce rival Mohun Bagan AC has already merged with 3 times ISL champions ATK. They are playing in ISL as ATK Mohun Bagan FC from this season. ISL will enjoy one of the greatest rivalries of Asia from this season. The famous ‘Boro Match’ between these two rivals will surely add more excitement to the league.

East Bengal is again defeated by Mumbai City FC by 3 goals on Tuesday at GMC Stadium, Goa with their back-to-back defeats in their...
Read more
Football

ISL 2020-21: Can East Bengal get their first victory under Robbie Fowler tonight?