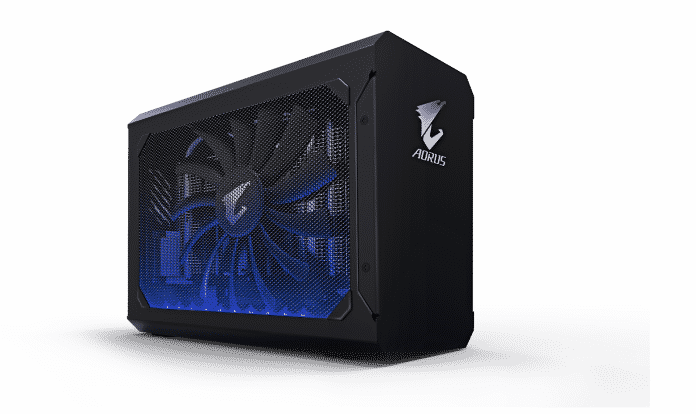 The lockdown and home quarantine induced by the pandemic has made everyone dependent on digital technology. With the digital streaming and gaming industry seeing an increase in usage, more tech companies try their best to establish some profits in the field.

Gigabyte recently announced that its next-gen AORUS gaming boxes are almost here and will be launched soon. The company claims that the Box is aimed at offering extreme levels of performance. The company will launch its AORUS gaming box with RTX 3080 and RTX 3090 cards, according to sources.

However, the company has only provided spec details of the RTX 3080 model gaming box. The size of the Box is 300 x 140 x 170 mm, and the gaming box weighs around 3.8 kg after the installation of the card. The company has also included an RGB light strip on the eGPU and a different I/O than its previous gaming models.

The gaming box will have three DisplayPorts and two HDMI connections along with a Gigabit Ethernet port. It will also sport two USB 3.0 Type-A ports. It also comes with a USB 2.0 Type-A port on the front, and it has support for the Thunderbolt 3 port on the back.

The company offering only thunderbolt 3 is disappointing, and the device will only provide 40 Gbps of bandwidth with Thunderbolt 3. Not to mention, the device only has support for PCIe third-generation technology. The pricing is not yet been disclosed, and the gaming box’s availability remains a mystery. But considering the demand for gaming hardware, the product is expected to be released soon.