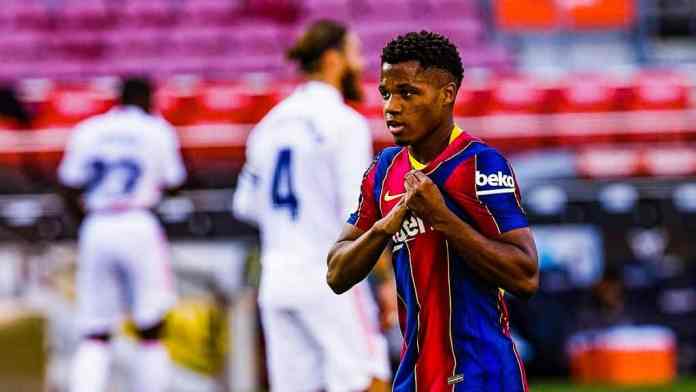 Barcelona lost 3-1 against Real Madrid at home on Saturday. Los Blancos were the better side but there were some positives for Barcelona as well.

Despite being just 17-year-old Ansu Fati equalled for Barcelona after Valverde scored the opening goal for the visitors. Fati is purely magical and it seems he is on course for a great career.

Barcelona posted on their official Twitter handle that Ansu Fati has become the youngest El Clasico goalscorer in history. But surprisingly the claim is NOT true.

Alfonso Navarro is the youngest El Clasico goalscorer in history

It was first thought that Ansu Fati had broken the previous record held by Real Madrid legend Raul Gonzalez. But the actual record holder was former Barcelona player Alfonso Navarro.

Fati has already created the records of being the youngest ever scorer in the history of Barcelona, of the Spanish national team and in the Champions League. But the El Clasico record remains unachieved by a fine margin of just 3 days.