Robinho returns to Santos for $190 a month 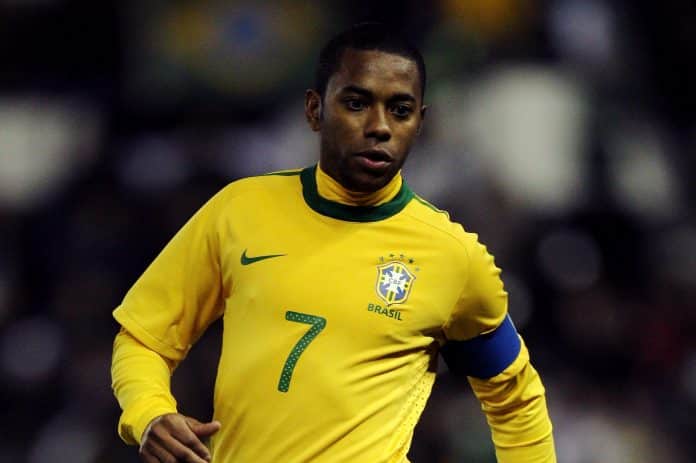 Usually, when star players have had time to catch up with them, they return to their boyhood club for old time’s sake, and to see out their official playing careers.

Arjen Robben coming out of retirement to sign for his boyhood club Groningen has been one of the most recent cases to remember the act.

However, sometimes the event of star players signing for their boyhood clubs is not that prominent and barely involves money.

Such is the case for former Real Madrid, Manchester City and AC Milan forward Robinho who has returned to his boyhood club Santos FC in his home country of Brazil.

The more astonishing part about the signing of the 36-year-old is the fact that he has agreed to play for Santos for only 1,500 reais ($190) a month.

Considering the amount of money splashed around in football in Europe, Robinho’s new salary is almost nothing. But this shows the Brazilian forward’s love for Santos, from where he made his way to the peak of European football.

Having made 100 appearances for Brazil, Robinho has scored 28 times for his country. The new deal between Santos and Robinho will keep the forward at the club at least until February of next year.

This is not the first time that Robinho has returned to Santos. He spent the 09/10 and 14/15 seasons on loan at Santos from Manchester City and AC Milan respectively.

Robinho departed Brazil in 2005 for the biggest club in the world, Real Madrid where he went on to make 137 appearances, scoring 35 and assisting 37 for Los Blancos.

He subsequently moved on to Manchester City and AC Milan and has also played in Turkey and China. Having experienced financial difficulties due to the COVID-19 pandemic, the gesture from Robinho is a mark of respect.

However, his talent and attitude on and off the pitch are in the same vein, although nowhere close to the likes of world-beaters like Pele and Neymar who also came through the famous Santos academy.

Robinho gets a 9-year jail sentence