Second trophy in the bag for Velocity Gaming 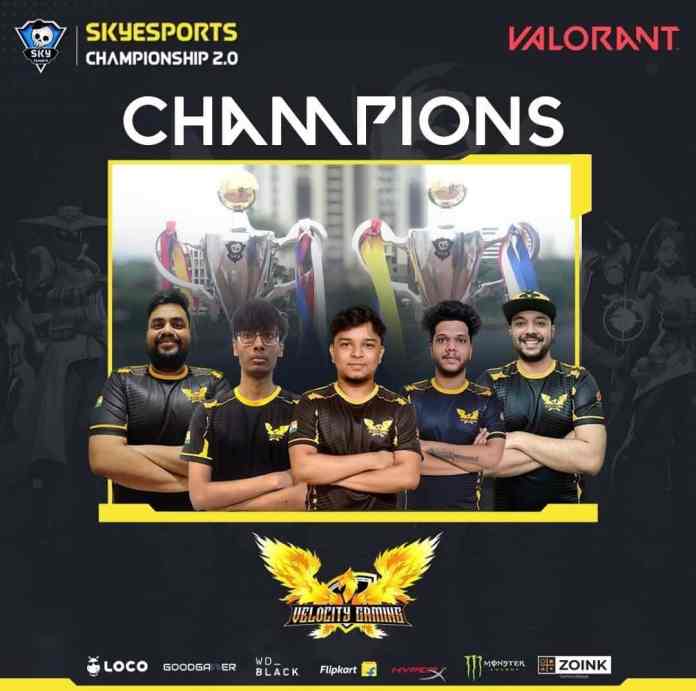 Velocity Gaming’s unbeatable run continues. After conquering the India Today Valorant tournament and qualifying for the PVP tournament in Singapur, now they become the champion in the Skyesports championship 2.0 by beating Noble Esports in a Best of 3 ties by 2-0 aggregate.

Velocity Gaming introduced their Valorant line up in July. The team was formed by SENTINEL. The team was founded with 5 ex-CS professionals of India; EXCALI, RITE2ACE, VIBHOR, ANTIDOTE & AMATERASU. AMATERASU becomes the IGL of the team.

From then they have won all the tournaments they have participated in.

Recently they won the Sky Esports IPL showdown tournament as well which was their first-ever trophy. This becomes their second trophy in the cabinet along with a prize pool of INR 40,000.

It was the fourth meet up between the two teams and Velocity Gaming gets the better of Noble Esports. Today they beat them in 13-3 and 13-7 differences.

Noble Esports is a newly formed team captained by Simar ‘Psy’ Sethi. Psy was one of the best players of CS-GO in the Indian circuit. His teammates REXY, HARSHH, HIKKA, and T1TO were equally good and doing pretty well being a newly formed team. But that was not enough to stop the giant run of Velocity Gaming.

There is a phase 2 of the Skyesports Championship 2.0 tournament. Velocity Gaming will face Level Zero Esports in the coming weeks.