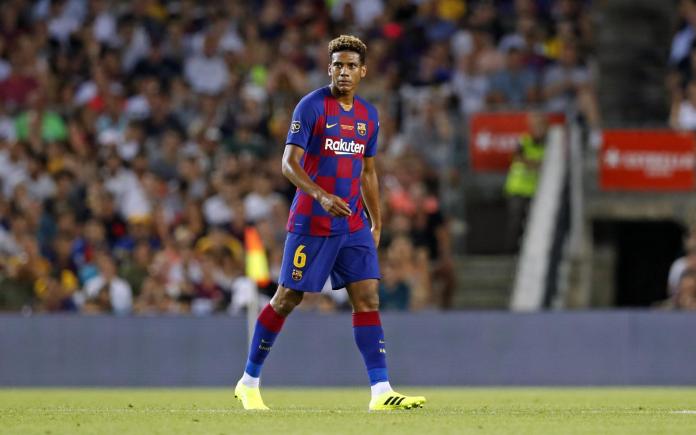 Jean-Clair Todibo joined Barcelona in January 2019 from Toulouse. The 20-year-old centre-back was deemed to be a future prospect.

He was sent out on loan to Schalke in the second half of last season. He made 10 appearances in all competitions and has now returned to Barcelona.

But sadly, Todibo isn’t in the plans of new Barcelona manager Ronald Koeman. He has chosen Pique and Lenglet as his first choice centre-backs and wouldn’t be able to give the young France international enough game time.

According to a report by le10sport, Carlo Ancelotti’s Everton is currently the favourites for securing the services of the Barcelona defender. They want him on loan with an option to buy.

Everton defenders, Mason Holgate and Jarrad Branthwaite are both out injured. Yerry Mina and Michael Keane are the only available centre-back options at Goodison Park.

So, Ancelotti wants to bring Todibo in order to boost his side’s defensive options. Everton are still unbeaten after Matchday 3 in the Premier League. They would definitely like to continue their good work and finish in European places.