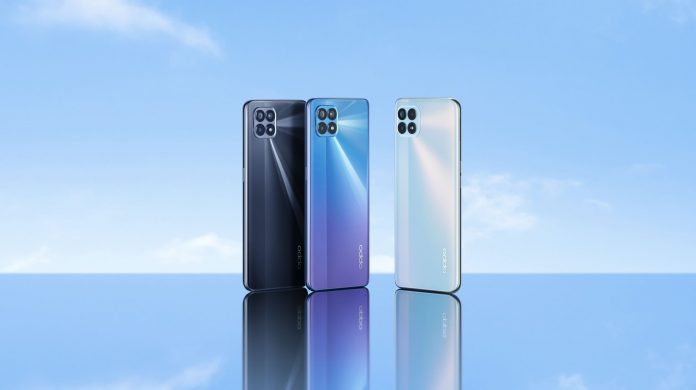 Oppo has recently announced the successor of the Oppo Reno4 Pro, which is named as the Oppo Reno4 SE. It is expected that you will get the 5G connectivity as well as the power of the Dimensity 720 chipset out of the phone in a quite affordable price range. Let’s check out the specifications of this upcoming smartphone from Oppo.

According to the reports, the OPPO Reno4 SE runs on ColorOS 7.2 out of the box based on Android 10 OS and it is confirmed by Oppo that this phone is powered by the MediaTek Dimensity 720 5G SoC. Regarding the display, this phone features a 6.43-inch OLED panel (2400 x 1080) featuring a single hole punch display with a refresh rate of 60Hz. Just like its other siblings, the Oppo Reno4 SE also impresses with a thin and light body at just 7.9mm. This phone will be available in three colours: black, blue, and white.

The MediaTek Dimensity 720 5G chipset is paired by 8GB of RAM and 128GB/256GB internal storage. The storage is not further expandable. Now coming to the most interesting part, which is the battery backup of this model. This phone will feature a 4,300mAH dual-battery cell, which will be powered by a 65W SuperVOOC Flash Charge 2.0 (Also compatible with 18W Power Delivery if you don’t have the proprietary charge at hand).

Other than that, this phone may feature a 3D composite panel body + injection aluminium alloy middle frame and the weight will be 169 grams. The pricing of the phone has been confirmed by the company itself. This phone will come in two variants of 8GB/128GB and 8GB/256GB. The price of the 8GB/128GB version will be Yuan 2699 and the 8GB/256GB will have the pricing of Yuan 2999. The actual shipments will start on this phone on September 25.