Realme 7 series will get an official announcement on August 19 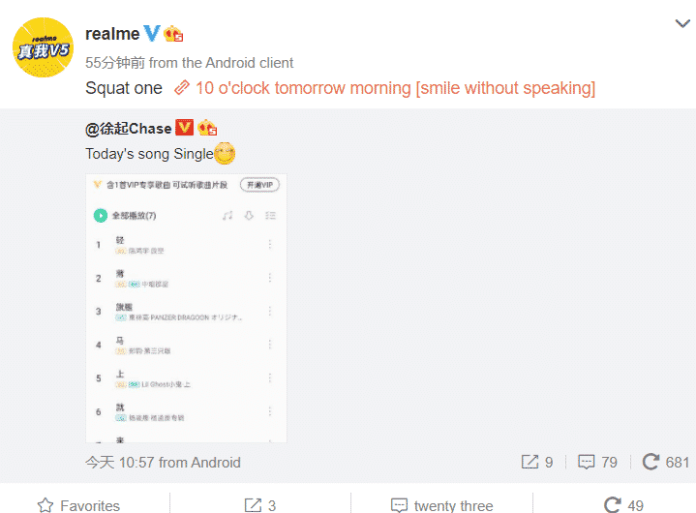 Realme chief marketing officer Xu Qi Chase took the help of Weibo to tease the upcoming series launch. Chase has already teased the number “7” multiple times within a day. The company will launch the next Realme’s major series smartphone soon. But until now the company had not revealed any kind of particular launch date of the next series and now Realme’s Weibo account has revealed that they are ready for the announcement on August 19 at 10 am, which is today morning.

Mukul Sharma, a famous tipster in Twitter, has shared this image as we were unable to access it. The tipster has also claimed that this time we can expect AMOLED display in the upcoming smartphone(s).

Another report on Weibo claims that three companies including Honor, ZTE, and Realme may launch new products on September 1. This is also a new rumor and might vary with the original announcement date. Recently a report is surfacing that Realme might launch new smartphones with 4,500mAh battery along with 18W fast charging support.