LaLiga unveil the official match ball for the 2020-21 season 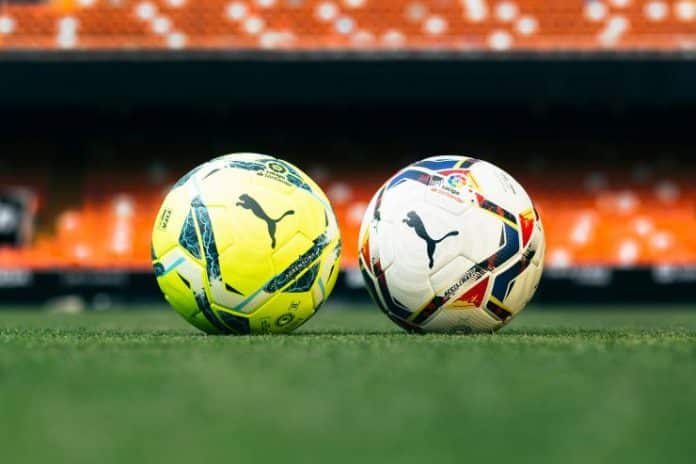 As the 2020-21 season is around the corner, Spanish football league, LaLiga has officially launched the match ball for the 2021-21 season of LaLiga Santander and LaLiga SmartBank.

Puma, ball manufacturer for LaLiga has launched two versions of the ball: Accelerate and Adrenalina.

🆕⚽️ Introducing ACCELERATE & ADRENALINA by @pumafootball, the official #LaLiga balls for the 2020/21 season.#TheHeartOfLaLiga

The Accelerate is the traditional white ball which will be the primary ball for the season and the Adrenalina, in lemon tonic fluo yellow, will be used for ‘El Clásico’, ‘Derbies’ and other decisive fixtures.

LaLiga released an official statement: “Football is constantly evolving, being played at an incredible level; the skill, the technique and the talent forever growing. This season the HEART of LaLiga will beat faster than ever as the passion and raw emotion LaLiga creates will take the game to the next level.”

The official 2020/21 LaLiga Accelerate and Adrenalina footballs are available from 6th August 6th PUMA.com and at select retailers worldwide.