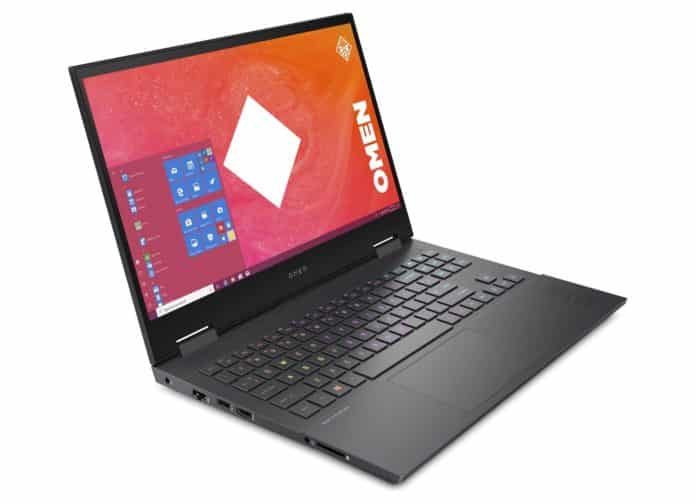 To everyone’s surprise, Flipkart has brought a bunch of new gaming laptops in India with the latest gaming processors. Obviously, the HP Omen 15 Gaming Laptop has been a great laptop for its latest design and obviously housing the new and powerful AMD Ryzen 4000H gaming processors.

The new HP Omen 15 the can be configured up to AMD Ryzen 7 4800H CPU but as for now, the hexa-core Ryzen 5 4600H processor is available. The APU is capable of giving you great performance during gaming with all of its 6 cores and 12 threads running up to up to 4 GHz clock speed.

Even though the laptop should be configurable up to NVIDIA RTX 2070 Super Max-Q graphics, as for now, only two GPU options are available on Flipkart – NVIDIA GeForce GTX 1660 Ti & GTX 1650 Ti. Both of these discrete GPUs are powerful enough for everyday gaming and having just Rs. 10k price difference between the two the GTX 1660 Ti should be the more lucrative option, powerful enough for the days to come.

This comes paired up to 32GB DDR4-3200 RAM along with 1TB of PCIe NVMe M.2 SSD with support for RAID 0 but now on Flipkart, you have 8GB RAM + 512 GB SSD options only which can up be upgraded to 16GB RAM and 1TB SSD. HP now features Full-size Island-style one zone dragon white backlit keyboard and comes in two colours: Mica Silver and Shadow Black, the first colour variant now available in India as for now.

The new modern look of the laptop is much appreciated, now with a sleek look and trimmed bezels, the gaming laptop looks really attractive. Also, the numerical keyboard is now nowhere and a new diamond logo along with a blue-green gradient along with an aluminium-finished palm rest. Weighing just 2.37 kg as a gaming laptop, housing that much power inside it is much appreciated from HP.

The equipped IR thermopile sensor helps to optimize the thermal efficiencies by maintaining fan acoustic control. The HP Omen 15 gaming laptop also features the Omen Tempest Cooling Technology along with up to 12V fan and a three-sided venting for a five-way airflow, helps during prolonged gaming sessions.

For better audio, with speaker tuned by Bang & Olufsen, there are HP Audio Boost and SmartAmp technologies to enhance the sound. On the connectivity front, the gaming laptop comes pre-equipped with Wi-Fi 6 (2×2) and Bluetooth 5.0 combo including wireless MU-MIMO support.

For the battery life, HP has claimed a handsome 12.5 hours battery life but will obviously be a lot less during gaming, still if you could manage something close to it while not gaming then its great for other productivity works as well. Also, it supports HP fast charge that helps you charge the battery up to 50% in 45 minutes, no the fastest bit still good to have.