TCL launches its Android TVs in the U.S for the first time, starts at $129.99 only 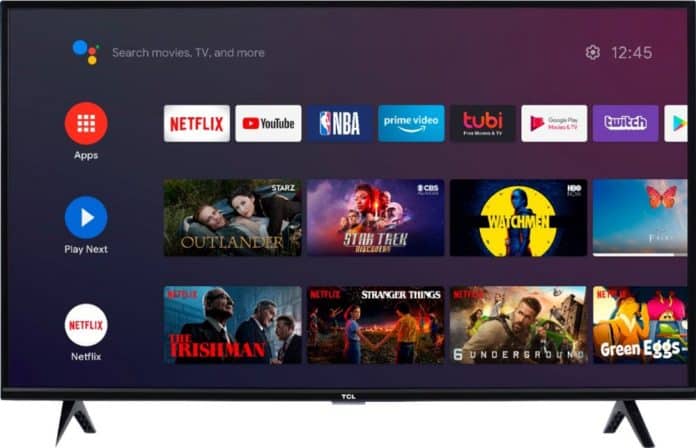 We know TCL is a big brand when it comes to televisions and it has adapted to the latest trend of Android Smart TVs a long time ago with its own such TVs in various markets in the world including India. But, surprisingly, TCL, who has a number of TV lines in the US, did never have any Android TVs.

Those who reside in India, know how good TCL makes budget Android Smart TVs, and so TCL, who had been implementing Roku TV models back in 2014 in the US, will add its Android-capable Smart TV series in the US. Although, TCL will still continues to make a full line of TCL Roku TV models, including the 6-Series and 8-Series televisions.

The TCL 3-Series Android TV has 2 HDMI ports, one USB 2.0 port, one Ethernet port and a headphone jack. For connectivity, it does feature built-in Wi-Fi support and Bluetooth (version unspecified). The TV also comes with 16 watts speakers with support for Dolby Digital Plus.

The TV’s remote also features voice search and control, allowing you to find movie titles, launch or change apps, and it has dedicated Netflix & YouTube buttons as well. TCL has priced the 3-Series Android TVs at $129.99 for the 32-inch variant and $199.99 for the 40-inch variant. You can buy these TVs from Best Buy.

Previous articleTop 10 batsmen with the most number of sixes in international cricket in 2020
Next articleNoise Shots Ergo TWS Earbuds with 20 hours battery & IPX7 rating launched for Rs. 2,499