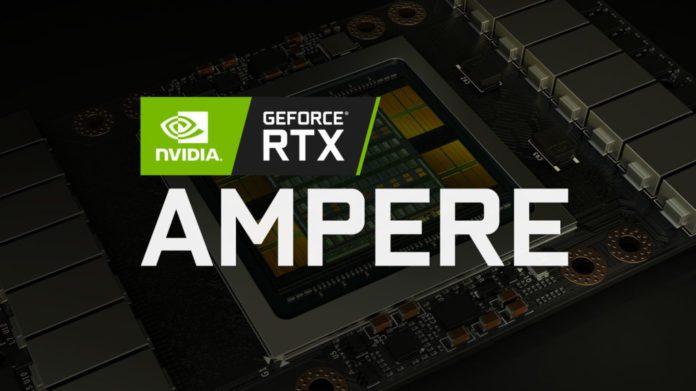 We already know that the NVIDIA Ampere GPUs are coming this month and leaks say that too. The new GPUs are said to be a lot more powerful than last-gen and has built on an efficient 7nm process.

Already found two of these new GPUs, now a third one has surfaced on Geekbench by leakster @_rogame, the GPU features a whopping 7,936 CUDA cores, with 124 per SM.

Reports do suggest that the GPU is running at 1.1 GHz, along with 32 GB of VRAM clocked at 1.2 GHz. @_rogame has even elaborated that this card will be based out of HBM2 memory running on a 4,096-bit bus.

Apparently, the GPU features 32 MB of L3 cache on board and has two Async engines. @_rogame has claimed that the GPU is not a multi GPU board.

This unknown NVIDIA card has obtained a pretty impressive 222,377 points which do suggest this to be a pretty high-end GPU. @_rogname suggests the GPU will be a data centre card and will cost thousands of dollars.

As the card features 32 GB of VRAM, so it might be a Quadro GV100 successor or some new NVIDIA Quadro GPU. This will only get disclosed at GTC 2020 this month.