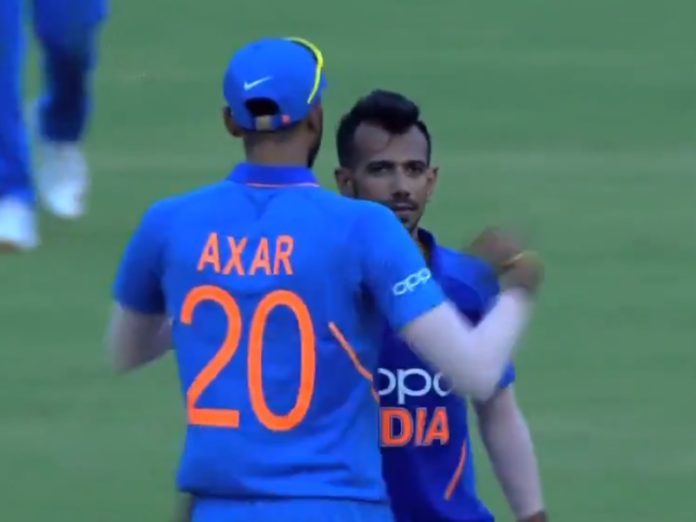 Young Shivam Dube smashed an unbeaten 79 off 60 balls that included a half a dozen of sixes and three boundaries which took India’s score to 327 for 6 in 47 overs.

Mumbai all-rounder Shivam Dube’s big-hitting prowess was well complemented by senior international Yuzvendra Chahal’s five-wicket haul as India A comfortably beat South Africa A by 69 runs in the first unofficial One Day encounter of the five-match series here on Thursday.

The muscular Dube smashed an unbeaten 79 off 60 balls that included a half a dozen of sixes and three boundaries which took India’s score to 327 for 6 in 47 overs. His whirlwind seventh partnership of 121 off 71 balls with Axar Patel (60 no off 36 balls) gave Indian total an imposing look.

Chahal got 5 wickets for 47 runs in his ten overs quota. South Africa were all-out for 258 in 45 overs despite Reeza Hendricks’ century.

Hendricks’s scored 110 runs off 108 balls. His fighting went in vain as the Proteas weren’t exactly comfortable with the slow nature of the tracks.

Wicketkeeper-batsmen Heinrich Klaasen (58, 43 balls, 4 fours, 3 sixes) and Khaya Zondo (30) were the only other batsmen to make notable contributions as Chahal kept the SA ‘A’ batsmen in check.

Earlier in the day, most of the Indian batsmen got starts but couldn’t convert into big scores.

The highly-rated Subhman Gill stated the batting well but could not convert it into big score. Gill scored 46 runs of 47 balls,with 7 fours. Captain Manish Pandey scored 39runs of 41 balls,with 4 fours was set but failed to score big.

Dube reached 50 in 46 deliveries, his first in List-A career, blasting some big sixers. After a quiet start, all-rounder Patel raced to his 50 in just 34 balls as he effortlessly smote a few sixes.

The South Africans didn’t get off to a great start, losing opener Janneman Malan (18), who survived after being caught off Deepak Chahar’s but it was adjudged no-ball.

Do check out: Dhoni was unavailable for the upcoming t20 series