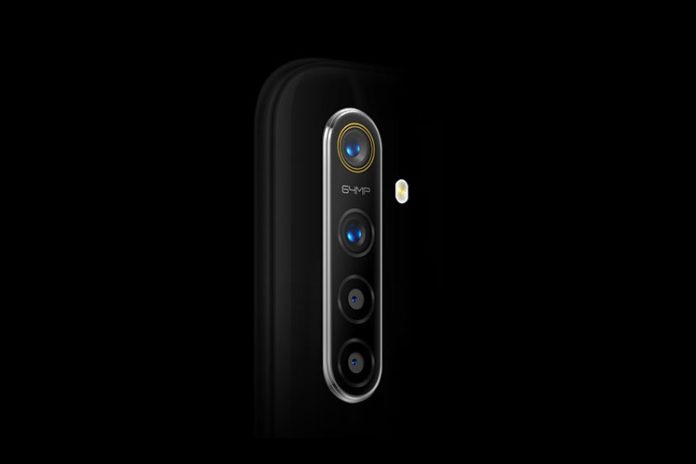 Realme has changed the smartphone world in just a year and acquired the fourth spot among top-selling smartphone brands. Their quality devices at an amazing price are the key to their immense success.

Besides quality, their aggressive approach towards the youth with innovative specs has made Realme smartphones reliable. The recently released Realme 3 and Realme 3 Pro got immense success in India, selling millions of units in months.

Realme X was launched in China back in May and Realme India CEO told that it would be launched sometime in Q2 of 2019. Realme X’s key highlight was the pop-up selfie camera and a 6.53-inch bezel-less display. Know more about it here.

Now Madhav Seth has teased about a new Realme smartphone bearing 64MP primary camera sensor. When everyone is on hype regarding the 48MP camera smartphones, Realme takes a leap ahead.

Realme even teased this new smartphone to have quad camera setup, which is the first ever implementation by the brand.

The 64MP camera implemented here will be using the Bright GW1 sensor from Samsung. This will let the smartphone shoot 16MP photos with an effective pixel size of 1.6µm which will indeed enhance the low-light camera performance.

Rumours were previously coming that the first 64MP camera smartphone will be coming from Samsung or Xiaomi. But now when Madhav Seth tweeted a sample photo shot on this new device it is pretty sure Realme will be first to use the 64MP Samsung Bright GW1 sensor.

Another noticeable fact is the company’s new #DareToLeap tagline that is being heavily marketed that suggests a new smartphone launch. On Twitter, Madhav Seth has changed his name to Madhav X hinting the launch of the upcoming Realme X.

Next month, Xiaomi will be launching its new Redmi K20 and K20 Pro, and I think Realme will not be quite to their rival’s flagship smartphones. So next month we can expect the launch of a “new smartphone” or “smartphones,” who knows?

Previously it was heard Realme would be launching both Realme X and Realme X Pro with flagship processors and specs. Maybe this 64MP is the new flagship that will be taking on the Redmi K20 Pro.

With coming days, more leaks and hints can tell us what Realme is actually up to, and we will keep you informed about it.

Previous article
Matthijs De Ligt is on the verge of joining Juventus after agreeing on personal terms
Next article
Barcelona completes second signing Neto for a €26m agreement with Valencia.