The youngsters who shone in the Under-19 Euros! 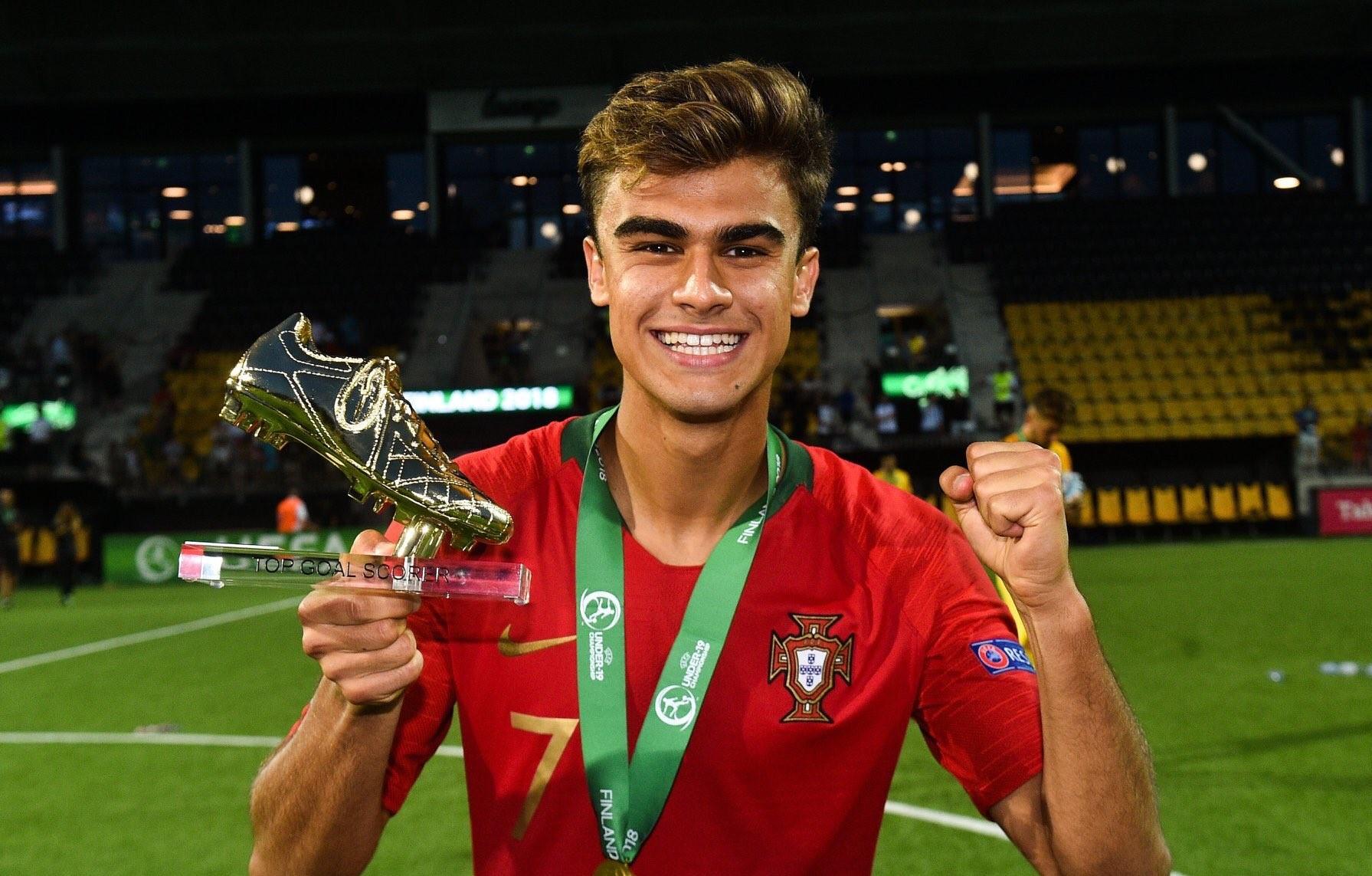 Many youngsters caught the eye of the footballing world in the Under-19 Euros. Let’s have a look at them.

The Under-19 Euros ( U-19 European Championship) concluded on Sunday with a thrilling final as Portugal beat Italy 4-3 after extra-time.

The tournament saw several players enhance their growing reputations. But who were the standout performers over the two weeks of the tournament in Finland?

We have picked out six players, whom the clubs might be watching closely. 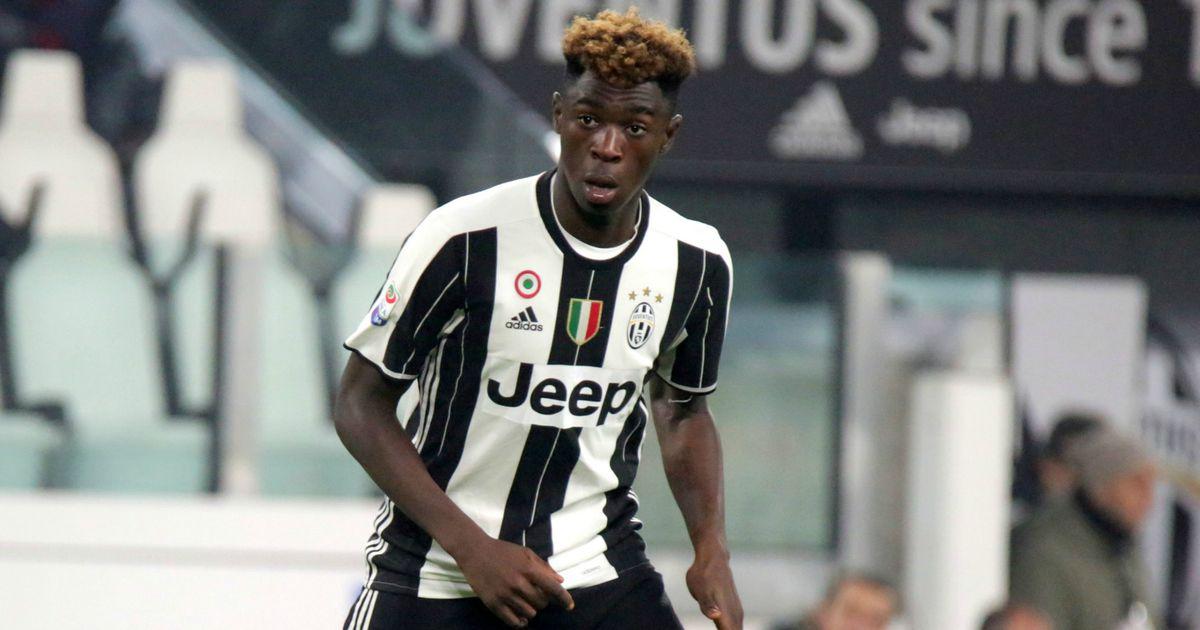 Moise Kean did not start every game for Italy, but he is still the tournament’s second highest scorer with four goals,

Unfortunately, even after scoring against France in the semi-finals he wasn’t named in the starting XI for the final. Yet he made an impressive impact from the bench. Moise Kean scored twice in two minutes to drag Italy back into the game as a substitute. Italian newspaper Gazzetta dello Sport described his impact as “devastating” and called him a “complete striker”.

The 18-year-old Moise Kean has pace as he showed against France when he raced clear from halfway and coolly finished . And has also demonstrated good movement on and off the ball.

Moise Kean is currently with Juventus and became the first player born in this century to play in the Champions League. When he featured against Sevilla as a 16-year-old in 2016. He made 19 Serie A appearances on loan with Hellas Verona last season. And there have been reports that Leeds have shown interest in his services. 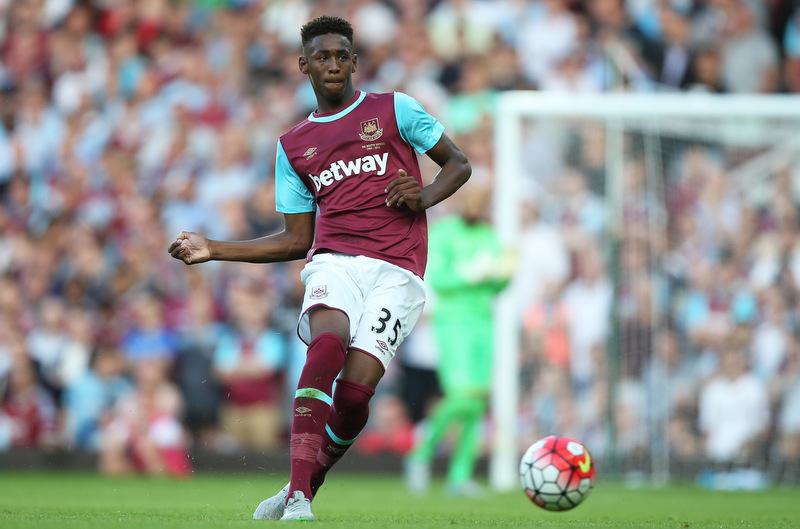 Domingos Quina impressed for Portugal on the left of a midfield three.

The 18-year-old has struggled for first-team opportunities at West Ham after switching from Chelsea in 2016. He made just six senior appearances in two years. However, former head of talent identification at Tottenham and ex-Bournemouth head of recruitment David Webb says Domingos Quina is a bright talent. And scouts from Barcelona are already looking at him.

“Technically he is one of the best young players that I’ve seen in a while.” Webb told. He added Domingos Quina “stood out like a sore thumb” when he watched him play for Portugal U17s in 2015. Domingos Quina is technically good on the ball, athletic and covered plenty of ground for Portugal. He was twice named man of the match in the group stages. West Ham might regret if they let him go. 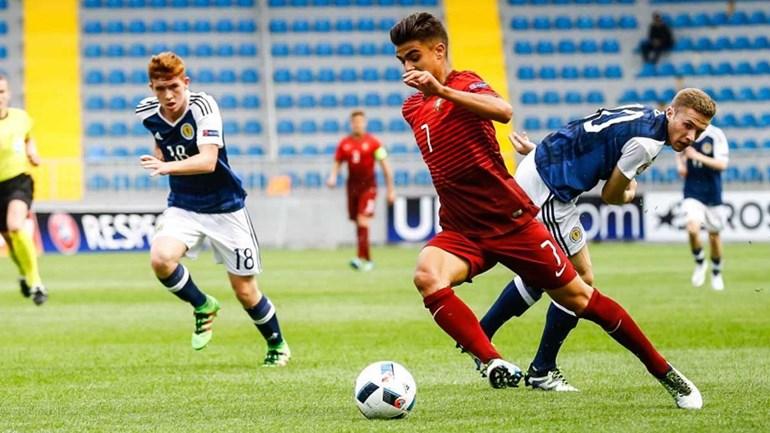 Joao Filipe is the joint top-scorer at the tournament, with five goals and two assists. He scored twice in the finals.

It was a summer to remember for Benfica winger Joao Filipe, who was superb in the thrilling win over Italy in the final. Also known as Jota, the 19-year-old is direct with his running, creative on the ball, a threat on the counter-attack and has an eye for a finish, as he showed against Italy.

He said “There was lot of happy moments for me. But I had a very strong team behind me. I created spaces, made opportunities and it went well, but we cannot stop at this.”

Although Joao Filipe is yet to make a senior appearance for Benfica, that is unlikely to be the case for much longer. 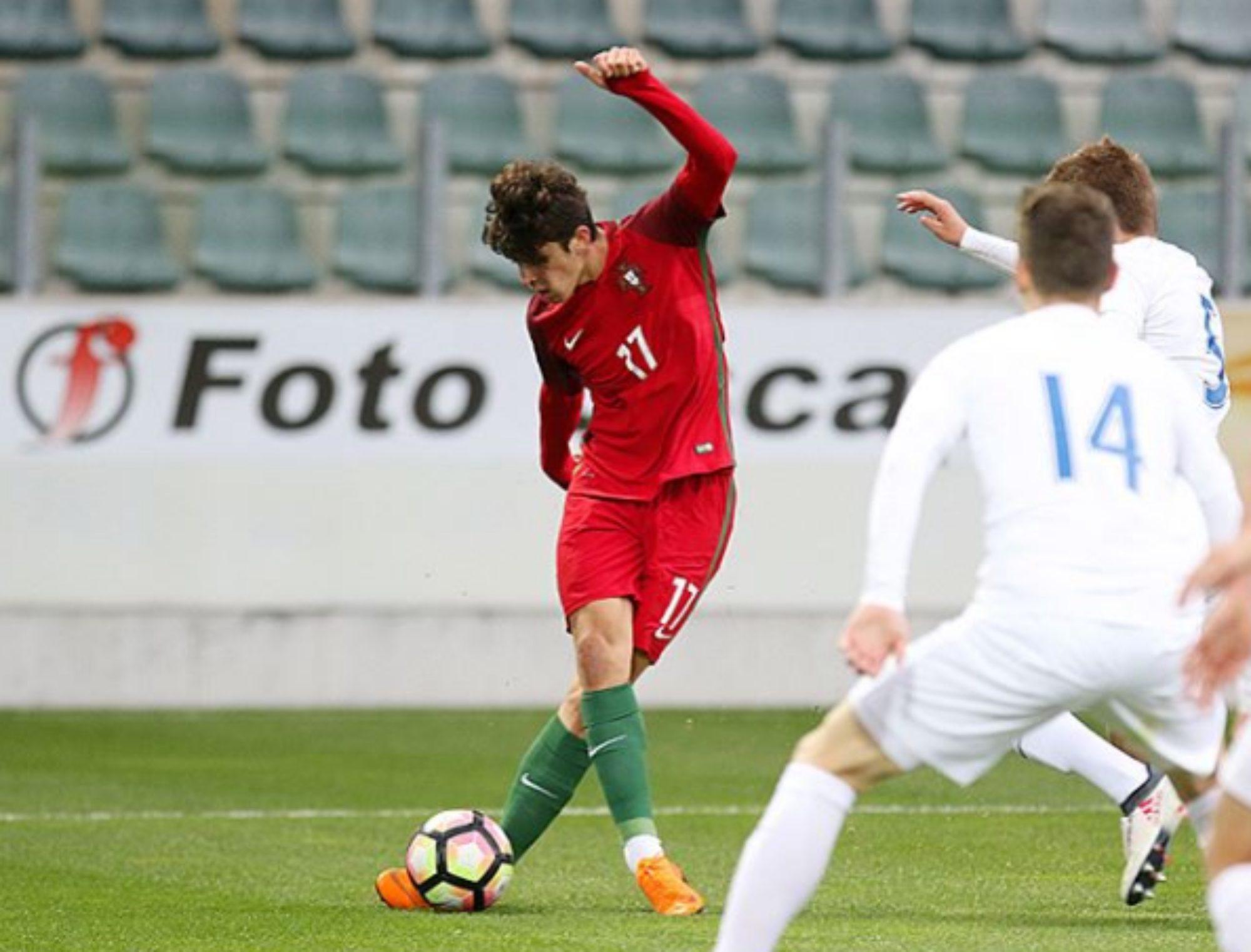 There were plenty of standout performers as Portugal became the first generation of players to win U17 and U19 Euro titles together.

Francisco Trincao, 18, is physically strong, good in the air and appears to have a good understanding of the game around him, as shown in the final when he chested down a cross, held off his marker and then laid off for Filipe to score.

Many sources have reported that Juventus are considering a €7m move for the striker. Francisco Trincao seems to be a future star already. 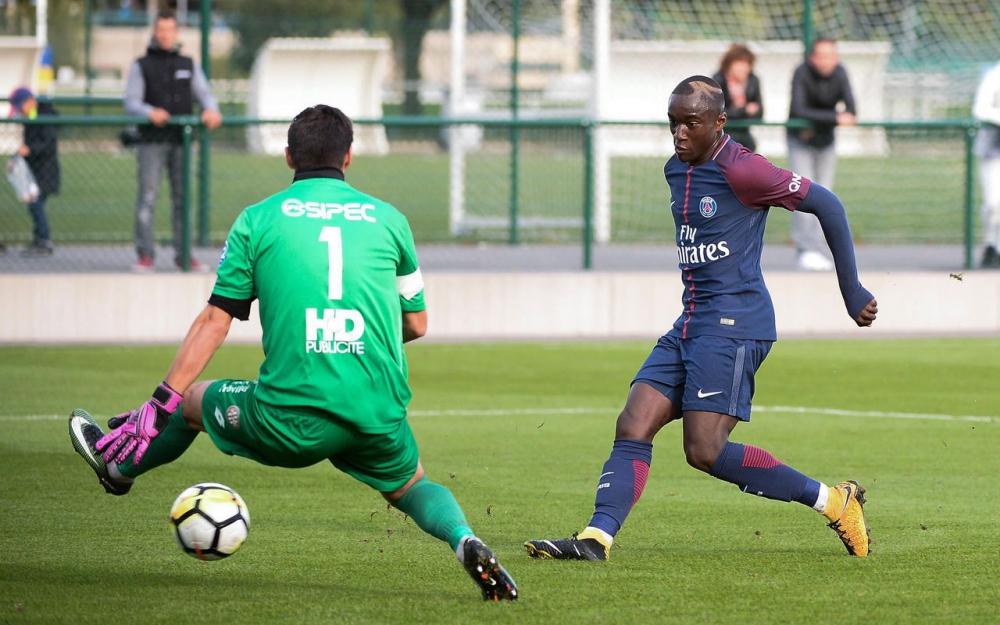 Diaby was excellent for France in the group stages and played a big part in the 5-0 thrashing of England that secured a place in the semi-finals. He grabbed two assists and showed fantastic control to bring down a long pass for France’s second goal. Playing in an attacking role on the right side, Diaby caused England plenty of problems with his pace and running.

He is yet to make a senior appearance for PSG and spent the season half of last season on loan with Serie A side Crotone. If he is made available for another loan then there could be a few interested parties. 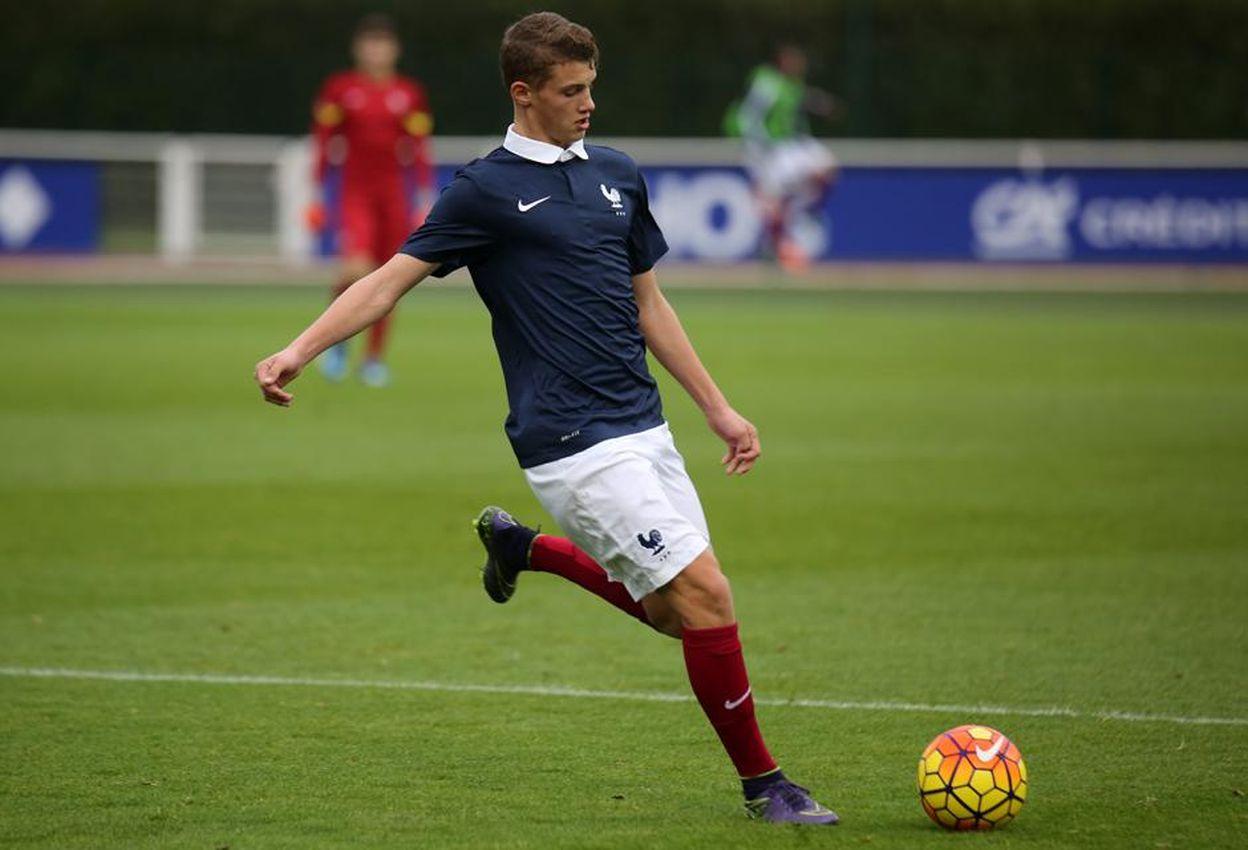 Cuisance was another strong performer for France. Playing in the middle of the pitch, the 18-year-old looks technically gifted and was key in controlling games.

His movement is good. And he was unfortunate not to score against England. When he got into the box and saw a first-time shot brilliantly saved by Ellery Balcombe.

Cuisance joined Borussia Monchengladbach last summer and made 24 appearances in the Bundesliga. Fellow midfielder Christoph Kramer was impressed by his development during the season. “It’s unbelievable how well trained young players are nowadays. At 17 he’s as far along as I was when I was 22.”

Cuisance seems to be a player with a bright future.