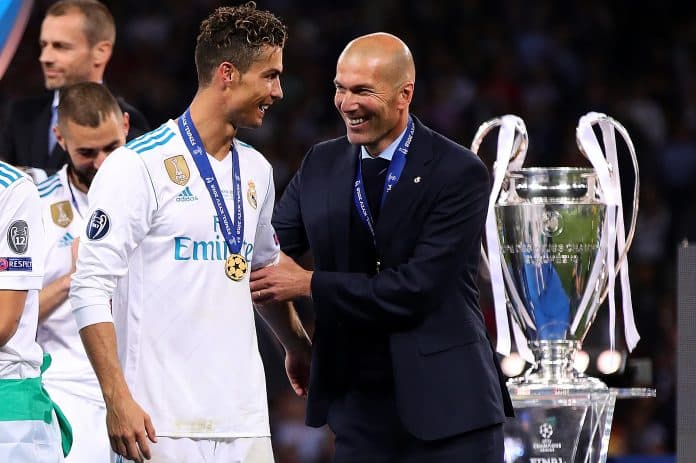 After being knocked out of the Champions League in the round of 16 for the second year straight, rumours have been doing the rounds in Italy linking Cristiano Ronaldo with an exit from Juventus. The main reason behind the rumours being that Juventus are finding it difficult to have Ronaldo’s wages on their books.

The Portuguese forward is hence, being linked with a return to his former club Real Madrid. Los Blancos are one of the few clubs that can afford to pay the player’s wages. Moreover, they are on good terms with each other too.

It has been reported that Ronaldo’s agent Jorge Mendes has already offered him to Real Madrid. Florentino Perez knows the achievement of Ronaldo at the Bernabeu, so this may convince him to re-sign the Portuguese.

Real Madrid manager Zinedine Zidane hasn’t also ruled out a move for Ronaldo. He said: “Rumours about Ronaldo’s return to Real Madrid are true? Yes, it could be.”

“We know Cristiano but he’s a Juve player now, and we have to honour this, he’s playing for another club. Now let us see what the future will be.”

Cristiano Ronaldo is the all-time top goalscorer of Real Madrid and has been a major success at the Bernabeu for nine years. Despite being on the wrong side of 30, he is still going strong. He scored a first-half hat-trick against Cagliari within 32 minutes yesterday, which clearly tells that he is ageing like fine wine.

Real Madrid has often found it hard to score goals in their recent matches and has been lacking the intent as well. Cristiano Ronaldo is known for his winning mentality, which could prove to be a major boost for the whole team alongside being a prolific goalscorer, which Real Madrid is also missing despite Benzema rising to the occasion.