WTC 2021-23: India reach the Top of the World Test Championship after an extraordinary win against England 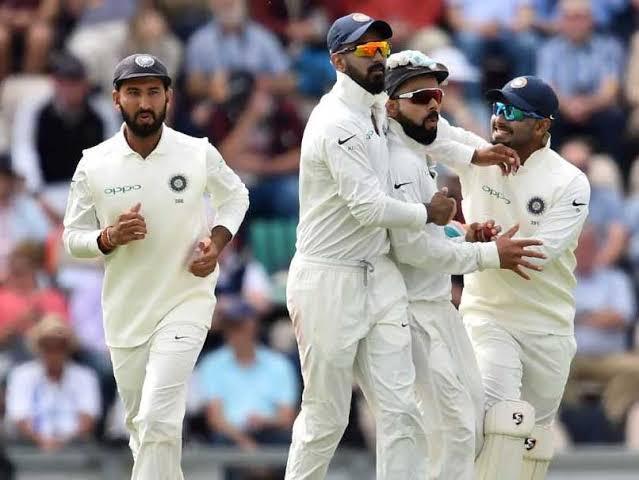 The Indian bowling attack displayed an incredible performance on the final day of the fourth test to stage a historic comeback win against England at Oval. With this victory, India lead the series 2-1 against England in the five match test series.

Moreover, this win helped the Men in Blue topple arch-rivals Pakistan to claim the top spot in the World Test Championship Rankings. The Virat Kohli led side had dropped to third place after suffering a horrific loss in the third test match against England.

However, the Indian team’s bravado in the penultimate test has helped them regain the first place as of 6th September. India is followed by Pakistan and West Indies in second and third place respectively in the World Test Championship. Hence a lot would depend on the result of the fifth test match as it could change the table completely.

How Many Points did India gain after winning the Fourth Test against England?

India are currently sitting at the top with 26 points in 4 games. Following India is Pakistan with 12 points in 2 test matches. However, India are top of the table because of their higher point percentage of 54%.

Unless India lose the fifth test or fall into trouble with a slow over rate they should be able to stay on the top of the World Test Championship table until December. Owing to the fact that there are no test matches due to IPL and T20 world cup.

Also Read: ICC introduces new points system prior to the start of the second edition of the WTC