Where will De Gea go at the end of the season? 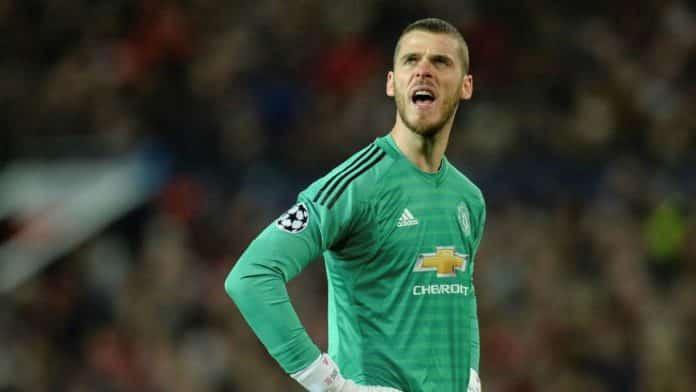 David de Gea’s time at Manchester United is looking to be coming to an end after some recent string of actions.

David de Gea has lost his place in the first team squad of the Red Devils. He was again overlooked against Tottenham Hotspurs last night. Dean Henderson seems to be the first-choice goalkeeper for Manchester United right now. The English goalkeeper made 8 starts in a row in Premier League after yesterday’s excellent comeback against Tottenham Hotspurs.

However, as per some reports, David de Gea can leave Old Trafford at the end of the season. Multiple clubs in Europe have shown interest in him. Teams like FC Barcelona, Real Madrid, Atletico Madrid, Paris Saint-Germain, AC Milan are constantly monitoring the situation.

On the other hand, Paris Saint-Germain is ready to offer handsome money to secure the signing of the Spanish goalkeeper. PSG is one of the very few clubs who can match De Gea’s huge £375,000-a-week wages, the highest in the Premier League.

Moreover, PSG boss Mauricio Pochettino is keen to replace the 34 years old goalkeeper Keylor Navas this summer. David De Gea can be a perfect replacement for the Costa Rican goalkeeper.