UEFA Champions League is back in action! Round of 16 starts 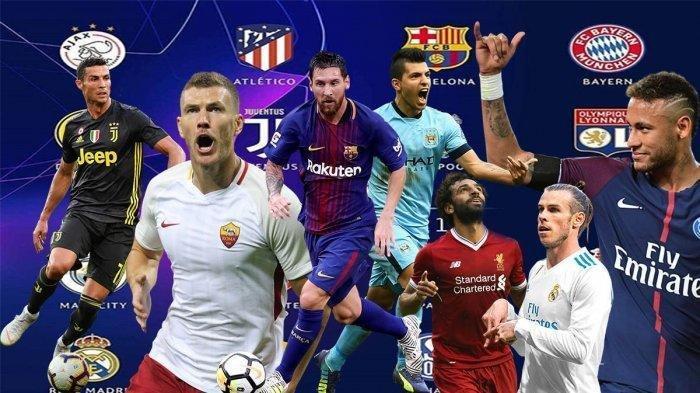 It felt like a never ending wait since the draw was made. But finally Champions League football is back in our lives. Lets take a look at the Round of 16 draws.

After a three month break, the Champions League is back! The Round of 16 gets underway with four mouth-watering first leg clashes on Wednesday and Thursday before the other eight teams play the first match of their ties the following week.

Here’s everything you need to know about the Round of 16 matches :

Whoever scores more goals between the two sides over the two leg fixtures (with the second played three weeks after the first) will go through to the Quarter Finals.
But don’t forget about the home and away goals rule. If the tie is level on aggregate goals after the two games, then whichever team has scored more goals away from their home will advance to the quarter finals.
However, if both teams have scored the same amount of home and away goals, then extra time will be played at the conclusion of the second match. If no goals are scored in the extra 30 minutes, then the tie is decided on penalties.

The games which you can’t miss this week :

Manchester United v PSG :
This tie is a perfect reminder of how quickly football can change. Six weeks ago, nobody gave Manchester United a chance. Now they’re the favourites.
Paris Saint-Germain must cope without the injured Neymar and Edison Cavani and now Thomas Meunier to halt the surge of a revitalised Manchester United if the French champions are to avoid more pain in the Champions League last 16.
Ole Gunnar Solskjaer has Paul Pogba, Anthony Martial and Marcus Rashford flying. Victor Lindelöf looks a different player.
With Neymar and Cavani missing, the spotlight is on 20-year-old Mbappe to shine on the Champions League stage like he did in delivering the World Cup for France.

Ajax v Real Madrid :
Real Madrid have steadied the ship after their disastrous start under Julen Lopetegui and will be buoyed by their derby win against Atlético on Saturday.
It would typically be a clash of stars against prodigies but when they face each other in the Champions League last 16 on Wednesday, the difference will be harder to distinguish.
Frenkie de Jong and Matthijs de Ligt will attempt to live up to already-swelling reputations while the likes of Donny van de Beek, Andre Onana and Kasper Dolberg could also enhance theirs.
Vinicius Junior has had less time than Ajax’s De Jong, with only six starts in La Liga and one in the Champions League, but his impact has been arguably just as dramatic, the hype around the Brazilian already comparable.
Experience and quality will make the difference on Wednesday as the Champions League kings aim to build on their three consecutive UCL wins.

Tottenham vs Borussia Dortmund :
Both sides will be without their star men. Marco Reus will be missing for the Bundesliga leaders while Harry Kane remains sidelined after damaging ankle ligaments for the third successive year. Heung-min Son has been superb for Spurs with Christian Eriksen following close behind. For Dortmund, Jadon Sancho has taken centre stage.
Tottenham have never been past the last 16 of either the Champions League or the Europa League since Pochettino arrived from Southampton in May 2014. Now Bundesliga leaders Dortmund, who visit Wembley for the Champions League last-16 first leg on Wednesday, stand between Pochettino and his first European quarter-final in what could be his last season with the north London club.

Roma vs Porto :
After reaching the semi-finals of last season’s Champions League via a miracle victory over Barcelona, Serie A giants Roma will be hoping to replicate their success this time around.
Unbeaten in their last six in the Serie A, they’ll be keen to translate their recent performances onto the European arena as they welcome a Porto side who haven’t lost a game since October.
The Portuguese side have never lost to Roma, and boast a pair of veterans brimming with experience in the competition who will be key in extending that run. Former Real Madrid teammates Iker Casillas and Pepe, who boast 268 Champions League games between them, have reunited at Porto and loom as key factors in the clash.
Roma fans were less than impressed when Radja Nainggolan left for Inter, but beyond the €35m transfer fee, Nicolo Zaniolo also arrived. With 21 appearances, four goals and two assists, Zaniolo will likely be starting against Porto on Tuesday. Blessed with incredible technique, vision and a dreamy left foot, he is definitely one to watch out for.

Ajax: The story of incredible comebacks