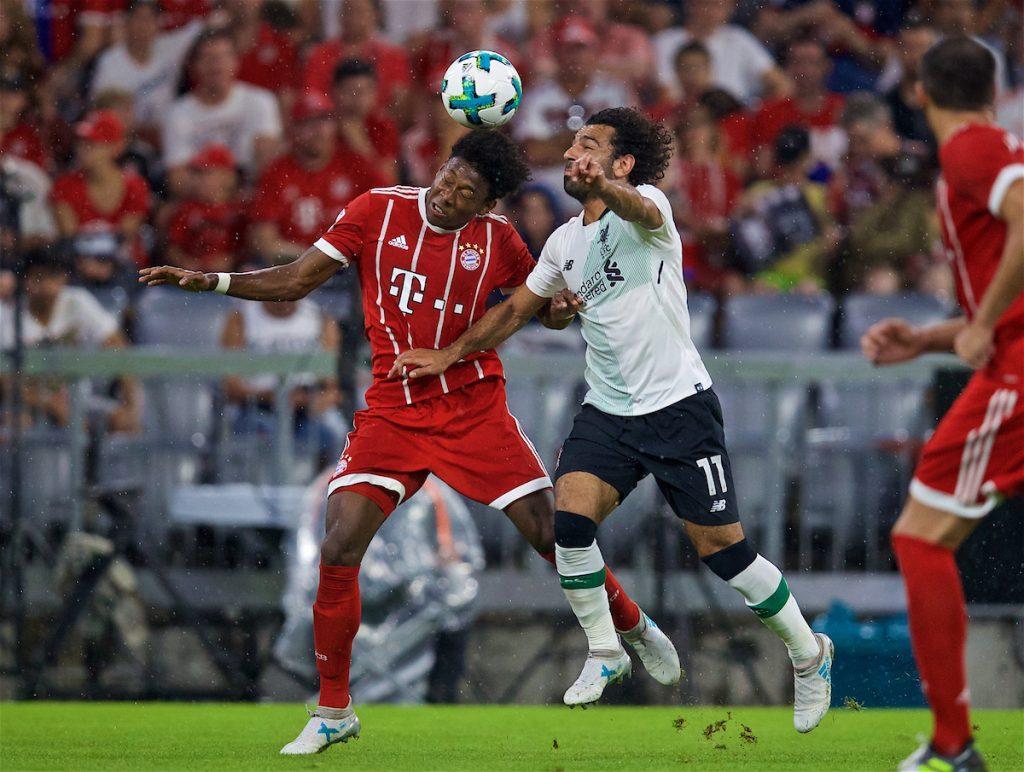 The last-16 first-leg clash will be the first meeting of the two continental heavyweights, since Liverpool beat Bayern Munich in the final of the UEFA Super Cup back in 2001. Let’s have a look at what the Liverpool side feels!

Liverpool manager Jurgen Klopp believes that Bayern Munich could be “more dangerous than before” against Liverpool due to their inconsistent form in 2018-19. He thinks Bayern’s improved results since a run of no wins in four games in September shows they will be a real threat at Anfield.

Klopp said : “After six years as the dominator of the league, it was clear this would be a more difficult year. They are two points behind Dortmund, they play Dortmund at home, they’re in the cup [DFB-Pokal], in the Champions League last 16… It’s a completely normal situation.
With a huge quality team, you need to have the desire of a newcomer combined with the quality of a real contender. Maybe in the beginning of the season they didn’t have that but the situation from my point of view makes them even more dangerous than before.
We cannot have the same target as Bayern because they are six times in a row the champions, they want to make history with a seventh. Our history would be completely different. Maybe we achieved a little bit more than people expected so far but both are in a similar situation.
It’s a long way to go but we don’t have to think about the league, just the Champions League. If I wasn’t involved, I would buy a ticket.”

Jurgen Klopp will face his two former players Mats Hummels and Robert Lewandowski. They were key figures in his Dortmund side that won back-to-back league titles in 2011 and 2012.
“I worked together with these boys. Two fantastic players. I have to be really thankful – without them probably my career would not be the same,” he said. “We all benefited from each other. That’s part of my life and part of my history. We’ll always have a lot of respect for each other. I know a lot about them. I really like them. We will try everything to, what can I say? To let them not shine.”

Xherdan Shaqiri has spent two-and-a-half years with Bayern Munich between 2012 and 2015. He is looking forward to the challenge of facing a side he enjoyed a trophy-laden spell with. He was a part of the Bayern squad which conquered Europe as part of a stunning treble-winning success in 2012-13

The 27-year-old forward told Liverpool’s official website: “I was very happy [with the draw] because I wanted to play against Bayern Munich, against my old teammates and my old team. I’m looking forward to the game. It was an amazing time [at Bayern]. Two-and-a-half years I was there and it was amazing; we won a lot of titles, we won the Champions League. We had the best team Bayern Munich had. It was an amazing feeling to win so many trophies. I had many great memories there, I will never forget them. I’m really looking forward to going there and trying to win the game in Munich with my team.
Shaqiri added: “I’m looking forward to the experience. It’s going to be amazing. We can go very far, I hope. They are going to be two very difficult games against Bayern because they are a top side. The two games will be interesting because both teams attack and play offensively. We need two very good performances to go through.”

An ever-present in the Premier League and Champions League to date this season, Van Dijk will miss the first leg of the Reds’ last-16 tie after accumulating three bookings during the group phase.
“Of course he’s a massive miss, a big miss,” the skipper said. “I think he’s played every game this season so I think you can see how important he is for us as a team. But at the same time I feel as though we have enough quality in the team to be able to cope with it tomorrow night, and not just relying on our two centre-halves to defend – it’s up to the whole team to defend and we do it together. So whoever plays there I am sure will know the role and what’s expected of them. But of course he’ll be a big loss.”

Henderson was also quizzed on the form of Naby Keita, who has started Liverpool’s last four matches. The midfielder stated: “I think everyone can see how good Naby is as a footballer, but as I know myself coming to Liverpool, it’s such a huge club – and especially changing to the Premier League – is tough. It takes time to adapt. I think he’s done really well in certain games he’s played and I can see him getting used to the way we’re playing and the manager has helped him improve, and I can definitely see the potential you can see coming out of him.
At the same time it takes time to feel right at home, but in the last couple of games you can see the quality that he gives the team and how good he is.”