Top 5 breakthrough players of Euro 2020 whose values are skyrocketing 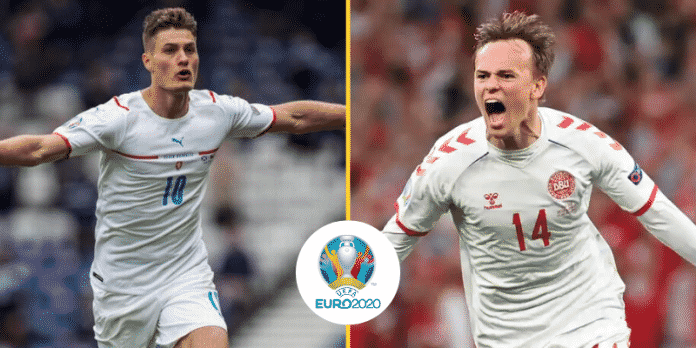 Italy won the Euro 2020 in some fashion. Their unbeaten run extended throughout the competition as they defeated England through a penalty shoot-out in a dramatic finale. Now that the international break seemingly comes to an end, players return to their clubs to prepare ahead of the 2021/22 season. This is where some players will benefit the most. Who, you ask? Of all the amazing performances in the summer tournament, some performances exceptionally stood out.

An incredibly international team performance often enhances the value of players to a whole new level. The much-delayed Euro 2020 edition didn’t disappoint here. We have listed below 5 players who showcase some of the most scintillating performances to boost their value.

After losing Christian Eriksen to a horrific life-threatening incident in their first match, Denmark was lost. Who could fill in the shoes of Erikson? Up stepped 21-year-old Mikkel Damsgaard. His playmaking and creative skills saw him quickly become an important attacking option. He attacked the left flank regularly which saw the Sampdoria playmaker contribute 2 goals and an assist. His stunning free-kick in the semi-final against England will be a memorable one.

He has been linked with a move to Liverpool recently. According to Transfermarkt, Damsgaard’s market value before the Euros was 11 million euros. Now Sampdoria has attached a price tag of 50-million-euro to the player.

Atalanta’s scouting system has shone throughout Euro 2020 with several of their players succeeding at the international stage. One such name is Danish full-back Joakim Maehle. The 24-years-old was one of the most impressive players at Euros.

Maehle is a right-back but he was used heavily on the left throughout the competition. He came in loaded with sublime passing and accurate crosses. He ended the competition with 2 goals and a fine assist against the Czech Republic in the quarters. The threat he offers going forwards has surely attracted the attention of teams using a wing-back system.

Schick has not always had it easy as a player. His massive 42-million-euro transfer to Roma failed rather miserably. He could just manage 8 goals in 58 appearances for the Giallorossi. After a loan spell at RB Leipzig, he was sold to Bayer Leverkusen for nearly 29 million euros.

Schick although found his scoring flair at Euro 2020 netting five goals in five matches. He is the joint highest scorer of the competition along with none other than Cristiano Ronaldo. This will surely grab eyeballs. His long-range effort against Scotland was a thing of beauty. His technical ability will surely interest big clubs again.

He is just 18 years old. He is already known as the jewel of the future Spanish national team. Looking back, Barcelona would thank the forces of nature that they grabbed him at a bargain. His exceptional debut season at Barcelona saw him force his way into Luis Enrique’s team for Euro 2020.

His eery similarity to the legend Andres Iniesta has impressed many. Pedri’s calming yet creative presence in central midfield saw him win the Young Player of the Tournament award. Just imagine Pedri creating chances for a Spanish team with a potent centre-forward like Fernando Torres and David Villa. Deadly! Barcelona won’t let Pedri leave for sure.

Leonardo Spinazzola probably showcased his career’s best football at Euro 2020. With Roberto Mancini’s faith in him as a left-back, his energetic play set the tone for the Italian team. Spinazzola is probably a perfect wing-back for teams who like to press high up the pitch.

His value has massively increased but an injury in the quarter-final tie sees him out for almost six months. In fact, Roma’s new coach Jose Mourinho doesn’t like wing-backs who go forward (Psst… Luke Shaw). Seeing the form Spinazzola is in, we hope he doesn’t fall down the lines for Mourinho.