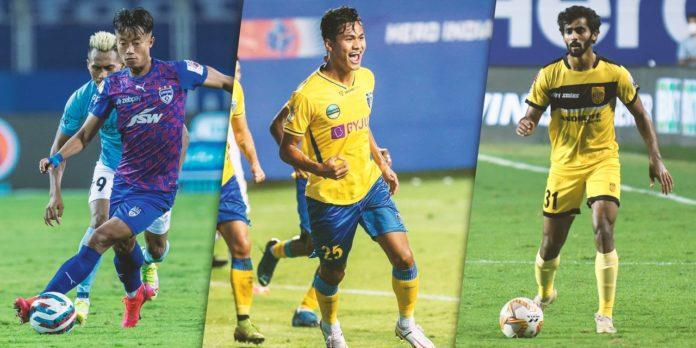 East Bengal has roped in four promising players from South India. The club has already sent contract papers to the players. They are most likely to sign a two-year deal with the club. They will primarily feature for East Bengal in the Calcutta Football League (CFL) and will be promoted to the senior team on the basis of their performance.

Jijo Joseph came to prominence when he scored a hat-trick in the Santosh Trophy against Rajasthan. He was the captain of the Kerala Santosh Trophy squad. He has extensive experience playing in the KPL. He is an attacking midfielder who is well known on the Kerala football circuit for his through passes.

Adil Amal is a defender from Lappuram. M. A. College Kothamangalam, M. G. Adil Amal has the experience of playing for university teams. From Chennai Soccer Academy to professional football L. Lijo arrives. A native of Tamil Nadu, L. Lijo has played for Travancore Royals FC in the Kerala Premier League. L. played for Tamil Nadu in Santosh Trophy. Lijo took a hat-trick against Andhra Pradesh.

Goalie P was the star of Gokulam Kerala FC. Muhammad Nishad. Mohammad Nishad, who entered the world of football through MSP Academy, is preparing to prove his excellence in the Kolkata Football League. T is the one who hit the ball for East Bengal last season as well. M. Vishnu. In his debut match in the Kolkata Football League, 22-year-old T. M. It is also noteworthy that Vishnu had a hat-trick. T. for Basco United FC and Kerala United FC clubs. M. Vishnu has played.

After acquiring the services of Stephen Constantine as the head coach and Bino George as the assistant coach, the Red & Golds are in full swing preparation for the upcoming Indian Super League (ISL). Along with the ISL, East Bengal will also feature in Calcutta Football League (CFL) under the guidance of Bino George.