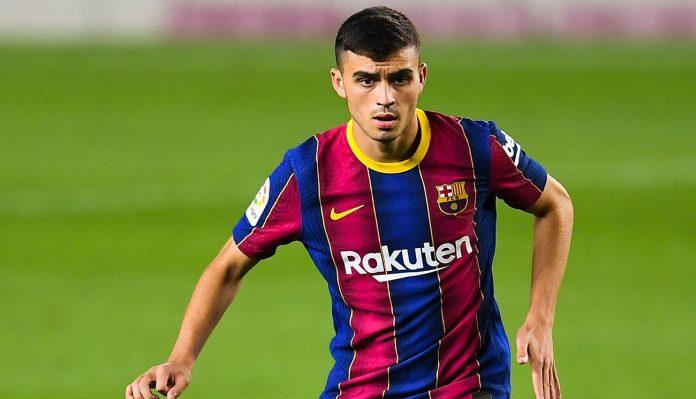 The international break allows everyone to relax and unwind from the frantic club football season, as well as filling a few gaps on the back pages of newspapers. It’s at this point that information like this is priceless — the top ten most valuable players in La Liga, according to TransferMarkt’s most recent numbers.

Didier Deschamps selected Koundé as one of the 26 players for the France national team for UEFA Euro 2020 on May 18, 2021. He made his debut in a friendly against Wales on June 2, 2021, as a half-time substitute for Benjamin Pavard.

Ansu Fati is a Guinea-Bissau native who decided to play for the Spanish national team. He is widely regarded as one of Spain’s most promising football prospects, as well as one of the world’s top young players.

Making his Peñarol debut against Cerro in their opening match of the 2015–16 season. He became a member of Uruguay’s youth teams, attracting the attention of Arsenal, Barcelona, Chelsea, and Real Madrid, among others.

Casemiro has been a full international for Brazil since 2011, and he played in the 2018 FIFA World Cup as well as four Copa América tournaments, winning the 2019 edition.

Oblak has made almost 300 appearances for Atlético Madrid and has four titles to his name, including the La Liga title in 2020–21. Oblak has five times been voted Slovenian Footballer of the Year since making his senior international debut in 2012.

He has played with Real Sociedad his whole professional career, making over 200 appearances and scored over 60 goals. With the club, he won the Copa del Rey in 2020, scoring in the final. In 2016, Oyarzabal earned his full international debut for Spain, which he represented at UEFA Euro 2020.

Félix is a former young international for Portugal, having played at the under-18, under-19, and under-21 levels. During the semi-finals of the 2019 UEFA Nations League Finals, which Portugal won on home soil, he received his first cap for the senior national team.

Llorente became known for his tactical versatility after transferring from Real Madrid to Atlético Madrid. In addition to his regular box-to-box midfield role, he has also played in attack as a second striker and defense as either a right wingback or a full-back, both for the club and the national team.

Pedri is noted for his vision, creativity, and ability to pass. Pedri is widely considered one of the world’s most promising young players.

None of them are very shocking, but it’s amazing to consider how much these beliefs have shifted in the past year.

Pedri has risen from nowhere to second place, Marcos Llorente has continued his meteoric climb, and Mikel Oyarzabal has solidified his position as a top prospect. Jules Kounde has broken into the top ten, despite Chelsea’s bid of €60 million and Seville’s rejection.