The All New Maruti Suzuki Fronx – Everything You Need to Know! 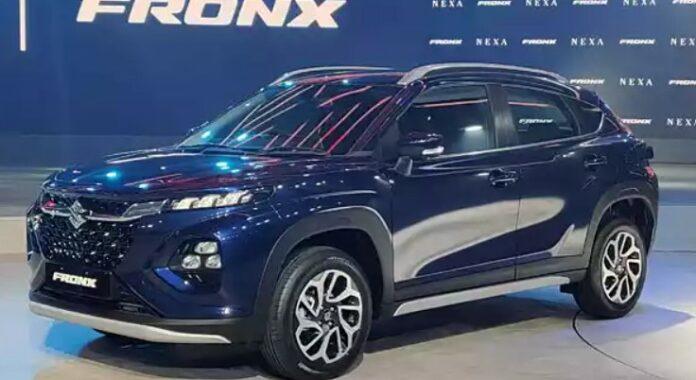 Maruti Suzuki Fronx will be available with both manual and automatic transmissions having the 1.0-liter three-cylinder turbocharged petrol engine. Maruti Suzuki India Limited, which had a full calendar year of hectic releases under its belt, is back in 2023 with a vengeance and has a number of brand-new launches scheduled.

The brand is displaying some of its planned debuts at the 2023 Auto Expo, such as the five-door Jimmy lifestyle off-road SUV and the Fronx coupe SUV.

The two brand-new SUVs are accompanied by a brand-new electric SUV concept that showcases an exclusive skateboard platform-based EV scheduled to arrive by 2025. Maruti Suzuki Fronx is going to be the newest addition to the company’s lineup of SUVs. It will sit underneath the Grand Vitara midsize SUV, and some variants will be priced similarly to the Brezza small SUV.

The five-seater is constructed on the well-known Heartect platform that underpins a variety of Maruti Suzuki products. It shares many similarities with the Baleno luxury hatchback, which underwent a facelift at the beginning of last year. The Fronx coupe SUV was largely influenced by the Grand Vitara’s front-end design, which features a prominent grille piece and a split headlight cluster that screams modernity.

A large central intake, a dynamic front bumper, and powerful bonnet creases make up the well-coordinated appearance. While the back features wraparound LED tail lamps and a curved tailgate, the side features freshly styled alloy wheels and a roofline that resembles a coupe. The Nexa chain of upscale dealerships will be the sole retailer of the Maruti Suzuki Fronx.

It will compete against three- to four-meter SUVs like the Renault Kiger, Nissan Magnite, and Tata Punch, and its price might range from ₹6 lakhs to ₹9.5 lakhs.  The interior features cruise control, automated climate control, a steering wheel with mounted controls, an Apple CarPlay and Android Auto-compatible floating touchscreen infotainment system, etc. The interior is also upscale.

The Indo-Japanese carmaker uses a 1.0-liter three-cylinder turbocharged petrol engine that was formerly used in the Baleno RS. It generates 148 Nm of torque and 100 PS of power. A 5-speed manual and a 6-speed automatic transmission with paddle shifters are both available for the BoosterJet gasoline engine.

Customers have a choice of a 5-speed manual or 5-speed AMT when choosing the 1.2-liter K-series Dual Jet, Dual VVT engine featuring start-stop technology. The engine produces 113 Nm and 90 PS. The Maruti Suzuki Fronx is currently available for pre-order online and through authorized Nexa dealerships. It is available in 3 dual-tone paint schemes and 6 single-tone color variations. Its dimensions are 3,995 mm in overall length, 1,550 mm in width, 1,765 mm in height, and 2,520 mm in wheelbase length.

Maruti Suzuki hikes its car prices by 1.1% across all models

Auto Expo 2023: near completed Tata Curvv midsize SUV made its debut at the event