Tesla’s Cybertruck, how it’s forgotten and when it will finally make it to the market? Check out these 5 points 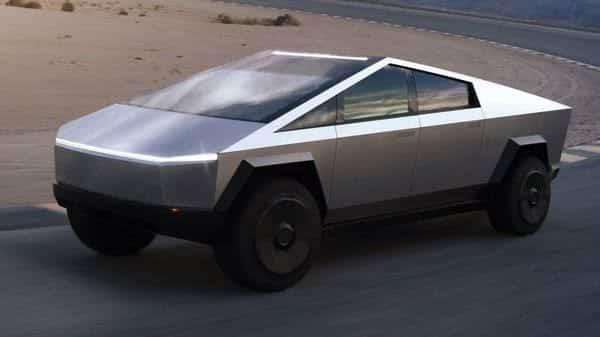 The Tesla Cybertruck is, without a doubt, the most distinctive vehicle to hit the road in decades. It appears like whoever created the car has a personal hatred against curves and is a little too fond of PS1-era aesthetics.

Elon Musk’s pet project, however, has a lot more to offer than its strange angular form. All of the features that make a Tesla a Tesla will be available through Cybertruck. This includes a minimalist appearance, some of the industry’s longest range, and all of the high-tech features you could want.

To put it another way, even if you ignore the appearance, this could be one of the most distinctive electric vehicles ever seen on the road. So here’s all you need to know about the Tesla Cybertruck, which is both odd and fascinating.

The latest on the Tesla Cybertruck:

Cybertruck manufacturing, according to Reuters sources, would not begin until Q1 2023, implying that it will be postponed for a second time.

What gives? Tesla has removed the Cybertruck’s 2022 release date from its sales page, so what’s up?

Tesla has stated that its Q4 2021 earnings call will take place on January 26 and will include a roadmap update. Hopefully, there will be updates on the Cybertruck’s status as well.

The Cybertruck was supposed to go into production in late 2021, but Tesla pushed it back to late 2022. However, current sources suggest that it could be delayed until early 2023, which is supported by Tesla’s removal of the 2022 debut date from the Cybertruck’s order page.

The first delays were blamed on supply chain concerns that have afflicted the whole automotive sector. Tesla was unable to produce enough 4680 battery cells for the Cybertruck, according to Elon Musk, and the Cybertruck’s unusual steel frame necessitated the development of a totally new casting machine.

Meanwhile, Tesla has been forthright about its goals, stating that Cybertruck manufacturing would not begin until the Texas gigafactory has began producing new Model Ys. Unfortunately, this has not yet occurred, leaving the Cybertruck’s future uncertain.

Unfortunately, we have no idea when the Cybertruck will be released, or what the delays (along with the announcement of a new quad-motor model) entail for the dual and single-motor models’ production schedules.

Price of a Tesla Cybertruck:

Tesla has removed a slew of Cybertruck details, including specifications and pricing, from its website. However, we still know how much Tesla said the truck will cost, which is a fair starting point.

The single-motor Cybertruck, which is believed to be the last to be produced, will start at $39,990, $5,000 less than the cheapest Model 3. In the meantime, the dual-motor variant with all-wheel drive was expected to cost $49,990.

The original flagship model, the Cybertruck with three motors, will cost $69,990. The price of the newly disclosed quad-motor model has yet to be determined, as it was never listed on the Tesla website.

Basic Autopilot will be standard on all four models, while the Full Self Driving option will cost extra. The Cybertruck is presently priced at $12,000, but we expect it will be eligible for the $199-per-month FSD subscription as well.

The Cybertruck was expected to make an appearance in the United Kingdom, as well. Musk has stated, however, that the truck is presently being built to US specifications because it would be hard to make it suitable for every country. Pricing and launch information for the United Kingdom are still a mystery.

Battery and range of the Tesla Cybertruck:

Tesla has confirmed that the new 4680 battery cells will be used in the Cybertruck. Musk has conceded that the truck’s delay is due in part to the automaker’s inability to produce enough cells at a reasonable cost.

The 4680 batteries are a work of art, with Tesla claiming that the spiral design will provide 16 percent longer range and six times the power of its current battery cells. The cells are also expected to be less expensive to manufacture, with the savings being passed on to the truck’s ultimate price.

This would be a huge win, especially since electric vehicles are normally more expensive than gasoline-powered vehicles. Especially if Tesla intends to release a $25,000 vehicle next year.

Performance of the Tesla Cybertruck:

Tesla claims that the single-motor Cybertruck can accelerate from zero to 60 miles per hour in less than 6.5 seconds. By Tesla standards, that’s sluggish, but this is a truck, and their mass normally prevents super-fast acceleration.

However, this enhances the performance of the higher-end versions. The dual-motor Cybertruck can reach 60 mph in 4.5 seconds and the tri-motor type in 2.9 seconds. That’s incredibly fast for such a massive vehicle, and it’ll likely give some other, less bulky electric vehicles a run for their money.

We don’t have any information on the quad-motor type, but we believe that the extra motor will be used to boost acceleration and towing capability.

The Cybertruck, on the other hand, is expected to include rear-wheel steering, akin to the GMC Hummer EV’s ‘crab mode,’ which allows the Cybertruck to drive diagonally to get out of tight spaces. Because each wheel will have its own motor to produce momentum, we expect the wuad-mot0or model to excel at this.

The Future of the Tesla Cybertruck:

Because Tesla has such control over the industry, the Cybertruck has the potential to be a huge thing in the world of electric trucks. While the quirky look may turn some people off, it’s the kind of thing that will appeal to folks who want to stand out, whether or not they already drive a truck.

However, the Cybertruck’s chances aren’t looking good due to the continual delays. With the Rivian R1T and GMC Hummer EV already on the road, and the Ford F-150 Lightning on the way, the electric truck business is already heating up.

One may argue that they don’t have the same clout as Tesla, particularly in terms of range and technology. However, the longer customers must wait for the Tesla Cybertruck, the greater the opportunity for the competitors to narrow the gap.

Let us know below, what’s your view on this.