TATA is in serious talks to produce iPhones in India 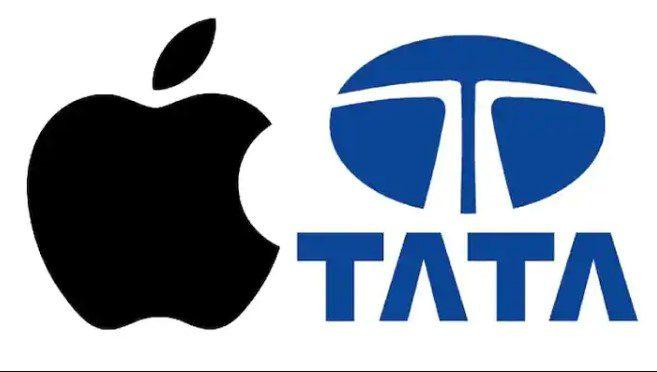 The Tata Group is about to acquire a sizable plant in southern India in a deal that would provide the country with their first-ever produced iPhones. Two sources with knowledge of the issue claim that the airline-to-software company has been in contact with the firm’s owner, Taiwan’s Wistron Corp., for weeks and anticipates concluding the purchase by the end of March.

The First Ever Apple iPhone Plant in India by Tata!

The sources claim that although the two businesses have talked about a number of prospective combinations, the present focus of their conversations is Tata purchasing a controlling interest in a partnership. It has been claimed that Tata will be in control of the major manufacturing operation alongside support from Wistron.

The majority of Taiwan’s industrial giants, including Foxconn Technology Group and Wistron, are involved in the assembly of iPhones. Tata’s acquisition would support India’s efforts, which have been hindered by political issues with the US and issues associated with Covid, to create indigenous competitors to China’s supremacy in the electronics industry.

Tata wants to complete the due diligence process by March 31 so that it can officially take over Wistron’s position in a government incentive program. The start of the new incentive cycle and the beginning of the Indian budget year both fall on April 1.

The deal may value Wistron’s sole iPhone production facility in India at around $600 million if the Taiwanese company meets the requirements to receive the anticipated incentives for the ongoing financial year. Tata’s spokesperson declined to comment. Apple and Wistron did not respond to requests for comment.

According to the brother of Natarajan Chandrasekaran, Chairman of the Tata Group, the contract will help India to take the lead in the electronics industry. Wistron is among three Taiwanese iPhone producers in India, alongside Pegatron Corp. and Foxconn. In an effort to diversify its company beyond low-margin iPhone manufacturing into industries like servers, it decided to sell its iPhone production facility in China to a competitor in 2020.

But even while Wistron plans to discontinue manufacturing iPhones in India, its competitors in Taiwan are adding more production lines for the device. Apple, the most successful producer of smartphones in the world, is making an effort to reduce its dependency on China, where distribution network constraints imposed by the pandemic and strict restrictions have had a terrible effect on device manufacturing.

The 2.2 million sq. ft Wistron factory is located just over 50 km east of Bangalore. If the agreement is finalized, Apple will sell all 8 of the iPhone units to Tata, along with the 10,000 workers at the plant, which includes a few hundred thousand engineers. Wistron would keep offering iPhone services in India.

Tata has taken further steps to strengthen its connection with Apple. It has sped up hiring at its manufacturing in Hosur, where it manufactures iPhone components. Tata may eventually construct assembly plants for the iPhone on a few 100 acres surrounding the facility. In this quarter, Mumbai will welcome the first of Tata’s 100-planned Apple stores In India.

The 150-year-old Tata Group manufactures everything from Tetley Tea and branded salt to Jaguar cars and steel, in addition to owning a national airline and Starbucks. TCS is among India’s most valuable firms by market value, it is the largest IT outsourcing company in Asia.

- Advertisement -
Powered by JustWatch
Share
Facebook
Twitter
Pinterest
WhatsApp
Linkedin
Previous article
OnePlus Nord Buds 2 internal testing has already started in India
Next article
FIFA 23: How to do the 88-rated Matteo Politano Winter Wildcards SBC and is it worth doing?