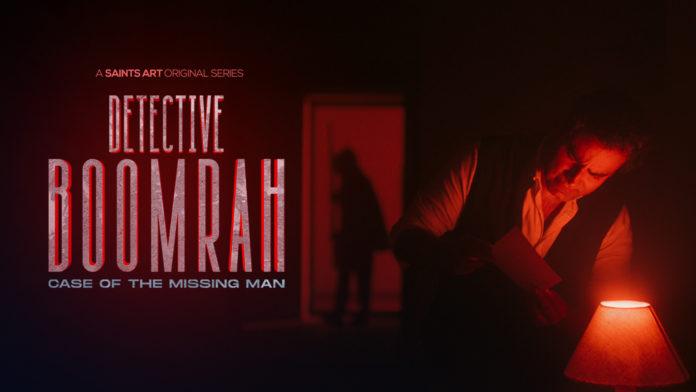 Gone are the days when a fictional iconic detective character meant someone donning a deerstocker hat or smoking a long pipe. Also, last we remember it were Agent Mulder and Agent Scully of X-Files fame who probed and cracked sci-fi or paranormal cases.

But now, it is an Indian detective – Detective Boomrah – who can be seen unravelling such mysteries in a new web series released on YouTube channel Kahanikaar Sudhanshu Rai, on Friday. The newest detective in town, Detective Boomrah, is a whiff of fresh air, for he is completely traditional at heart while appearing just like any one of us, but having the acumen and vision to see the invisible.

While Detective Boomrah is already a sensation among the audible audience, the trailer of the web series had already heightened the anticipation for the charismatic character’s reel debut. Interestingly, the creator as well as the voice of the iconic character, Sudhanshu Rai, who made his acting and directorial debut in 2021 with Chaipattti, is playing the titular role. The Saints Art Original series features different cases investigated by Boomrah and his partner Sam, played by Raghav Jhingran, with each case comprising multiple episodes. In the first episode of the series, which is the Case of Missing Man, the duo can be seen investigating the whereabouts of a mysterious man who appeared in a locked heritage hotel room and then jumped from a terrace to be found nowhere.

As Detective Boomrah and Sam arrive at the heritage hotel to investigate the case, the former comes across a mysterious woman playing the Sitar while the duo meets a number of people who either seem suspicious or their answers tilt the needle of suspicion toward them. If that’s not worse, what follows is an attack on Boomrah leaving the detective duo in a tizzy.

“The characters of both Detective Boomrah and Sam have been loved by the audience since their creation. My voice as the iconic detective, who takes up and explores cases beyond the realms of reality, has always struck the right chord and I hope the experience would be similar when it comes to playing Detective Boomrah on screen. The intrinsic elements of Boomrah’s personality, which encompasses Indian values, traditions etc, along with spirituality, make him distinct in the list of on-screen detectives we have already seen. We are confident that the series would get thumbs up from the audience,” said Sudhanshu Rai, who plays the role of Detective Boomrah and has also donned the director’s hat for the series.

The cast further includes TVF Aspirant-fame Abhishek Sonpaliya, Shobhit Sujay, Akhlaq Ahmad ‘Azad’, Manisha Sharma, Priyanka Sarkar and Garima Rai. The series has been co-produced and co-written by Puneet Sharma. Anant Rai is the creative producer of the series while it has been edited by Sahib Aneja. Nikhil Patwardhan has given Sitar music for the series and the background score has been created by Lazer X. The Director of Photography is Vipin Singh.

How to use YouTube Creator Studio to Grow Your Channel