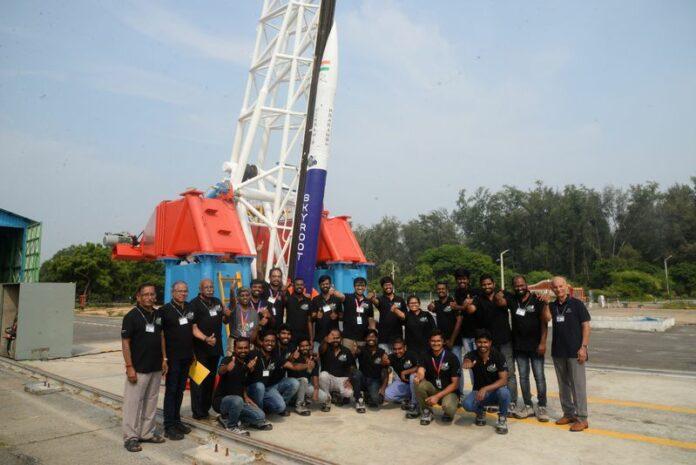 The creators of Skyroot Aerospace, the company responsible for India’s first private space launch, told Reuters in an interview that they aim to be able to launch a satellite into orbit in 2023 for half the price of more experienced launch companies.

The Hyderabad-based company says the $68 million it has raised will pay for its upcoming two launches and is sponsored by Singapore’s GIC sovereign wealth fund. According to Skyroot, it has spoken with more than 400 prospective clients.

As businesses expand their networks to provide broadband services like SpaceX’s Starlink and to power applications like tracking supply chains or monitoring offshore oil rigs, thousands of tiny satellite launches are anticipated in the upcoming years.

Rivals for rocket launches that compete with Skyroot include both well-known and emerging companies that promise to reduce prices. Galactic Energy, a Chinese firm, successfully launched four satellites last week, placing five of them in orbit. By the middle of the decade, Space One in Japan hopes to launch 20 mini rockets annually with support from Canon Electronics and IHI Corp.

However, Skyroot, which successfully launched a test rocket last week, anticipates that its prices would be 50% lower than those of well-known rivals like Richard Branson’s Virgin Orbit and California-based Rocket Lab USA Inc.

One of Skyroot’s two co-founders, Pawan Chandana, told Reuters that if the company succeeds with the launches planned for next year, there will likely be a spike in demand for its launch services.

“Most of these customers have been building constellations and will be launching them in the next five years,” he said.

Investors now believe that Skyroot and other entrepreneurs have government support for their initiatives thanks to the Modi government’s goal to raise India’s market share in space launches from its current low of 1%, according to Skyroot.

“Three or four months back when we were talking to investors, one of the biggest questions they asked was if the government was supporting us,” Skyroot co-founder Bharath Daka told Reuters.

With a new body to support private-sector launches and a regulatory revision in 2020, India opened the door to commercial space businesses. Prior to that, businesses were limited to serving as contractors for the Indian Space Research Organisation (ISRO), a government space organisation known for its innovative engineering. The nation’s 2014 Mars mission only cost $74 million, which is less than the price tag for the “Gravity” space movie from Hollywood.

Chandana emphasised the importance of building on India’s track record for cost effectiveness. Skyroot, which was established in 2018 after Chandana and Daka left their jobs at ISRO, has set a goal to produce rockets for one-fifth the price of the present market.

In its test launch last week, the Skyroot rocket employed 3D-printed thrusters and carbon-fibre materials to propel it to a height of 89.5 kilometres. According to the business, this increased efficiency by 30% while reducing weight and procurement costs. However, because few people had experience dealing with carbon fibre, Skryoot engineers had to develop the machine code for vendors who made the rocket.

As it works toward reusable rockets, a technique invented by SpaceX, Skyroot believes it can construct a new rocket using 3D printing in just two days.

Chandana and Daka are convinced that the price of launching a satellite per kilogramme can be reduced from hundreds of dollars to less than $10. This ambitious goal, which is modelled after their hero Elon Musk, may completely change the economics of space trade.

“SpaceX is a symbol of great innovation and great market validation,” said Chandana, who added they have not had the chance to speak to Musk. “Right now, we think he’s probably busy running Twitter.”