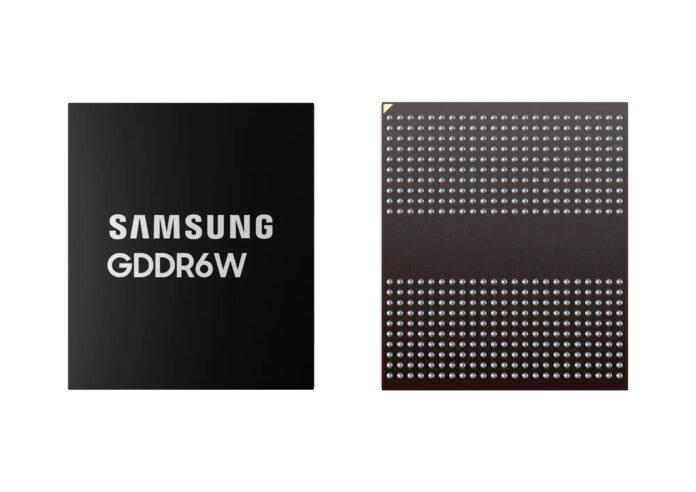 The South Korean giant’s innovation isn’t stopping here because they have recently launched the new GDDR6W memory to “Bridge Between Worlds,” technically yes. Offering almost double the capacity and bandwidth over the last GDDR6X memory, based on cutting-edge Fan-Out Wafer-Level Packaging (FOWLP) technology.

Dubbed by Samsung to be the industry’s first next-generation graphics DRAM technology, GDDR6W brings exceptional improvements over the GDDR6 memories that maxed out to 24Gbps and Samsung is the one developing the fastest one. Most of these high-speed memories are used by various GPU makers to significantly uplift performance in games and productivity workloads which love bigger & faster VRAM.

So, having the unchanged footprint these new GDDR6W memory chips will have the same production processes but they can be equipped with twice as many memory chips in an identical-size package, thanks to the use of the FOWLP construction and stacking technology.

Currently, because of this, the graphic DRAM capacity has increased from 16GB to 32GB, while bandwidth and the number of I/Os have doubled from 32 to 64. In other words, the area required for memory has been reduced by 50% compared to previous models.

The newly developed GDDR6W technology can support HBM-level bandwidth at a system level. HBM2E has a system-level bandwidth of 1.6TB/s based on 4K system-level I/O and a 3.2Gpbs transmission rate per pin. GDDR6W, on the other hand, can produce a bandwidth of 1.4TB/s based on 512 system-level I/O and a transmission rate of 22Gpbs per pin. Furthermore, since GDDR6W reduces the number of I/O to about 1/8 compared with using HBM2E, it removes the necessity of using micropumps. That makes it more cost-effective without the need for an interposer layer.