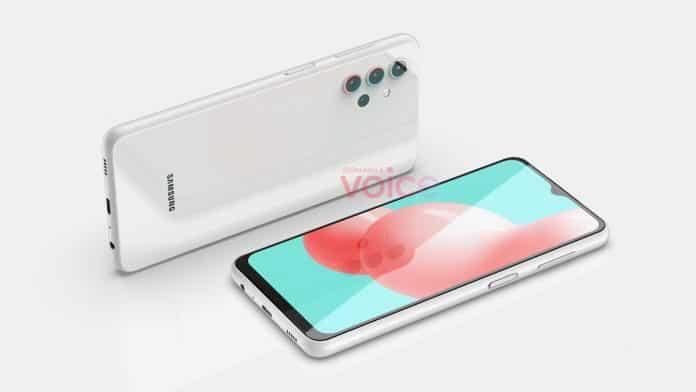 In 2021, many smartphone companies will introduce smartphones that will run on Android 11. The South Korean giant Samsung is expected to release a new device Samsung Galaxy A32 5G, which comes with Android 11 out of the box. Recently this upcoming device had wed browser evaluated by HTML5 Test.

The HTML5 Test datasheet reveals, the upcoming Samsung Galaxy A32 5G comes with a model number of SM-A326B and will run on Android 11. But there is a confusion if that’s OneUI 3.0 or the upcoming 3.1 version that will debut with the Samsung Galaxy S21 series.

Regarding the specifications of this upcoming Galaxy A32 5G, the phone will have a 6.5-inches display with an infinity-V notch to hold the selfie camera. The display will also feature a 20:9 screen to body ratio. The company will offer four colour options for this phone- Black, White, Blue, and Orange.

According to the CAD renders reveal, this upcoming Galaxy A32 5G comes with a quad rear camera setup on the backside. The source also reveals that the quad-camera module includes- 48 megapixels the primary sensor, an 8 Megapixel ultra-wide snapper, 5 megapixels macro lens, and a 2-megapixel depth sensor. But we haven’t got any clue regarding the selfie camera.

There is no official information regarding the release date or release country of this phone, but it is highly expected that the phone could make its debut in the Netherlands. We do not yet know whether all colours will also be available in the Netherlands. There is no official confirmation regarding the release date also, but the sources reveal that the phone may launch in December 2020 or early January 2021.