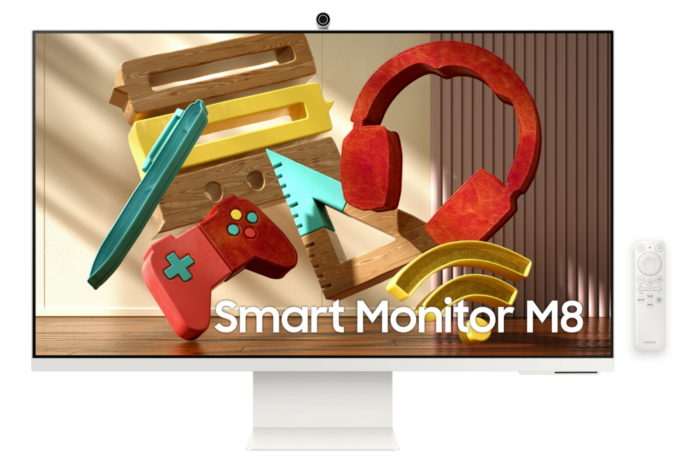 The R stands for radius, and Samsung specialises in the 1000R curvature, which is significantly more wavy than the 1800R and 1500R curvatures, which are both common in the monitor industry. By comparison, 1800R appears to be a flat panel. The G8 sports a peak brightness of 2,000 nits and a Quantum Mini-LED panel that guarantees outstanding picture quality.

Samsung hasn’t announced pricing or a release date for the Odyssey Neo G8, but it has provided a few photographs and details. Apart from its size, the Odyssey Neo G8 shares the same design language as the G9, with the exception that the G8’s resolution is increased from QHD Plus to 4K.

This is the first 4K display from Samsung that supports a 240Hz refresh rate and a 1ms response time, according to the company. It’s also compatible with AMD FreeSync Premium Pro and Nvidia’s G-Sync adaptive sync technology, so your games should run without stuttering or tears if your GPU is capable of pushing 4K resolution at high frame rates.

Samsung has chosen to reveal this information just ahead of the CES 2022 announcements, albeit we’ll have to wait until after the show to learn more about the Odyssey Neo G8, such as its price and availability.

With the 4K 32-inch M8, Samsung expands its smart monitor offering. This new one, like the current versions, can deliver smart TV-like features, including access to streaming apps, as well as being able to link into a computer like regular monitors. The business hasn’t announced a release date or pricing, but the information we’ve gleaned so far suggests that Samsung is taking the M8 a step further to make it more useful to a wider range of consumers.

Samsung enhances its smart monitor lineup with the 4K 32-inch M8. This new one, like previous models, can provide smart TV-like features, such as access to streaming apps and the ability to connect to a computer like ordinary displays.

The company hasn’t disclosed a release date or price, but what we’ve learned so far implies that Samsung is taking the M8 a step further to make it more useful to a larger spectrum of customers.

The company has also included a SmartThings IoT Hub in the M8, allowing you to view a floor plan of your smart devices and control them straight from the smart monitor. Samsung also claims that the M8 includes a new Workspace function, which collects work-related web services, such as Microsoft 365, into an easy-to-use centre.

Game Home, another new function, turns the M8 into a cloud game streaming monitor. The M8 will be able to broadcast games through game streaming sites and even attach wireless controllers, according to the company. It didn’t name the services or controllers it’ll support, though. More information regarding this function will be released closer to its launch later in 2022, according to the business.

Samsung hasn’t revealed all of the M8’s connectors, but it does say it contains a USB-C port that supports 65W charging passthrough. It hasn’t mentioned anything about price or availability.

Samsung never disappoints its customers when it comes to its products and these two newly produced monitors proves this fact. What’s your take on this, let us know below.