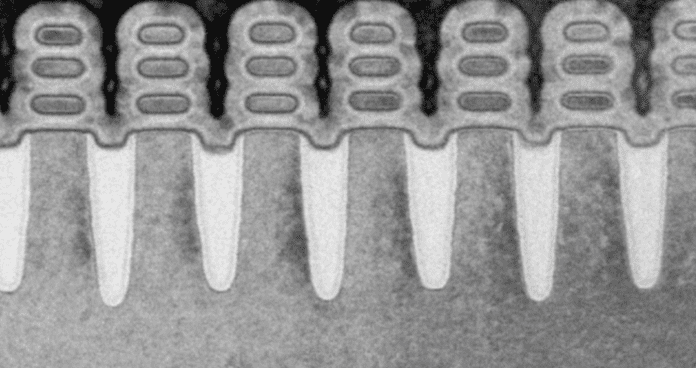 Seoul-based chaebol According to a report from the Korean media, Samsung Electronics’ chipmaking division, Samsung Foundry, will produce semiconductors for some of the biggest companies in the world. Earlier this year, Samsung consciously made the decision to introduce its 3-nanometer chipmaking process in an effort to gain an advantage over the Taiwan Semiconductor Manufacturing Company (TSMC).

TSMC dominates more than half of the market, making it the largest contract chip manufacturer in the world. Despite having abundant resources at its disposal, Samsung has found it difficult to overtake the Taiwanese company. The Korean company is promoting 3-nanomter as a superior transistor type that it developed with the American company International Business Machines Corporation, known as gate all around (GAA) (IBM).

According to the report, which is courtesy of The Korea Economic Daily, a number of businesses are interested in Samsung’s most recent chip manufacturing method. These include the Chinese company Baidu, the GPU designer NVIDIA Corporation, QUALCOMM Incorporated, and IBM.

According to the report, a total of six other companies will purchase their goods from the Korean corporation in addition to those mentioned above that have teamed up with Samsung to develop their chips.

This schedule is typical for products with a 3-nanometer size. Moving on to TSMC, the first batch of the company’s 3-nanometer products is rumoured to be intended for Apple’s smartphone upgrade for the following year. Smartphone processors are easier to fabricate than the larger chips used in computers and data centres, according to Apple, TSMC’s largest customer. The following batch, which is anticipated to happen in 2024 as well, will be for companies like Advanced Micro Devices, Inc. (AMD), once TSMC has finished tuning the 3-nanometer node.

Samsung will produce GPUs for NVIDIA, CPUs for IBM, smartphone processors for Qualcomm, and artificial intelligence processors for Baidu, according to The Korea Economic Daily. The companies have gotten in touch with Samsung due to its cutting-edge technology and their desire to diversify their semiconductor supply chain.