Salzburg’s Dominik Szoboszlai could be on the move soon 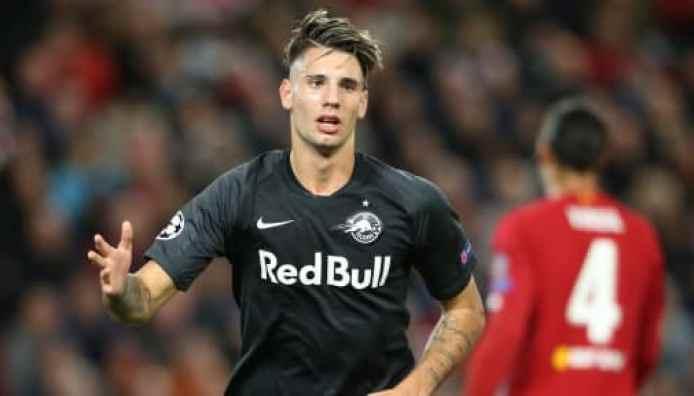 With the group stages of the Champions League now played, and Salzburg in the Europa League, a move for their star midfielder Dominik Szoboszlai looks closer than ever.

Speaking on his future on the “Here We Go” podcast on Patreon, Fabrizio and Francesco Romano mentioned that the Hungarian was on the radar of the top European clubs like Arsenal, AC Milan, and German Bundesliga sister club RB Leipzig.

The 20-year-old has been involved in 9 goal contributions in the league from 10 appearances, with 4 goals and 5 assists to his name. He has managed to find the back of the net on two occasions for Salzburg in the Champions League, taking his tally to 6 from 16.

The club and player were focused on their Champions League campaign, but with that out of the way, they will be looking to sit down and discuss the player’s future. A final decision can be expected around next week.

The main condition that the Hungarian wants fulfilled is promised playing time on the pitch. That is something that both Arsenal and RB Leipzig can offer right away.

However, Milan will have to sort out their business with Calhanoglu if they want to lure Szoboszlai to Italy.

A release clause worth €25 million was spoken about by the Italian brothers in their podcast. Considering the financial landscape of football right now, that number is peanuts for a lot of the clubs competing in Europe.

With that out of the way, the real challenge will be convincing him to join a particular club amidst all the potential suitors.