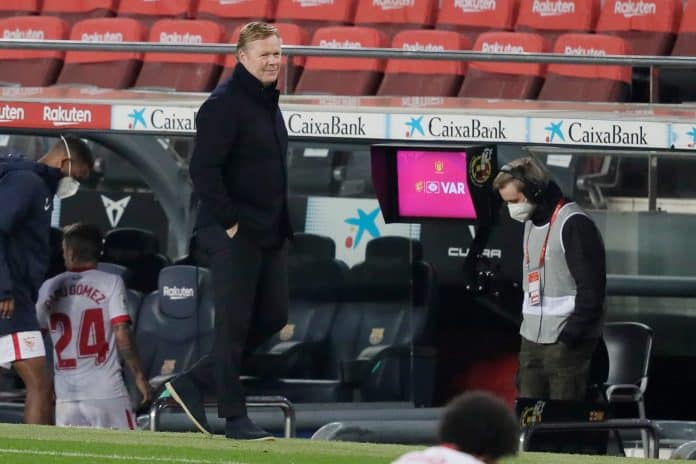 Barcelona youngster Ilaix Moriba managed to score his first goal for the club in the Blaugrana’s 2-0 victory against Osasuna in their most recent outing in LaLiga. The victory increased the pressure on league leaders Atletico Madrid and kept Barcelona in the race for the league title this season.

In a season full of inconsistency from the team, the emergence of numerous Barcelona youth players has been one of the silver linings of the season. The likes of Ansu Fati, Pedri, Riqui Puig, Ronald and Araujo have been on the rise this season and are the future of the club.

Ronald Koeman himself talked about the future of Barcelona and which players will be a part of the long term plans for the Dutchman.

“Players like Pedri, Moriba, Puig, Araújo and Mingueza are the future of this club.”

“Today was not our best performance, but we were good, we deserved to win. This positivity is very important. We hope it continues like this.”

“Ilaix scored a goal in a difficult game. At 0-2, we killed the game. Every time he enters the field, he brings something extra.”

Despite all the shaky days that Barcelona have endured this season, they still have a clear chance to make it a success through silverware when they go up against Athletic Bilbao in the 2021 Copa del Rey final. Moreover, they are also in the race for the La Liga title and will try to do everything in their power to stay in it.