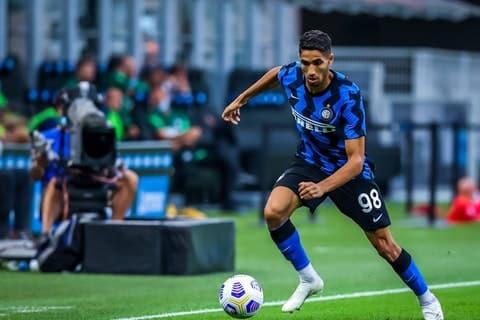 Inter Milan completed the signing of Achraf Hakimi from Real Madrid for a fee worth £36 million. However, according to multiple reports, the Nerazzurri had reportedly failed to submit an instalment worth £9 million for the wing-back.

As per the report, the payment was due last month, and the Serie A club has managed to reach an agreement with Real Madrid to hold off the payment till March of this year. But, despite being given an extension, Inter will have to cough up two instalments by 30th March.

Real Madrid has now denied any conflict with Inter over the transfer fee of Achraf Hakimi.

Real Madrid gave an official statement, which read: “In relation to the information published by Corriere dello Sport about alleged tensions between our club and Inter Milan, Real Madrid CF wants to state that such information is flatly false.”

“Real Madrid has not proceeded at any time to an alleged requirement of guarantees from Inter Milan, as the publication states. The terms of the player’s transfer to Inter are framed within the usual and normal contractual relationships between football clubs. And more in this case with Inter Milan, with whom Real Madrid has always maintained and maintains excellent relationships as a historic and friendly club.”

The absence of fans in the stadium is the main cause for this economic crisis of almost all the clubs worldwide. The saddest part is we don’t know when things will be back to normal.